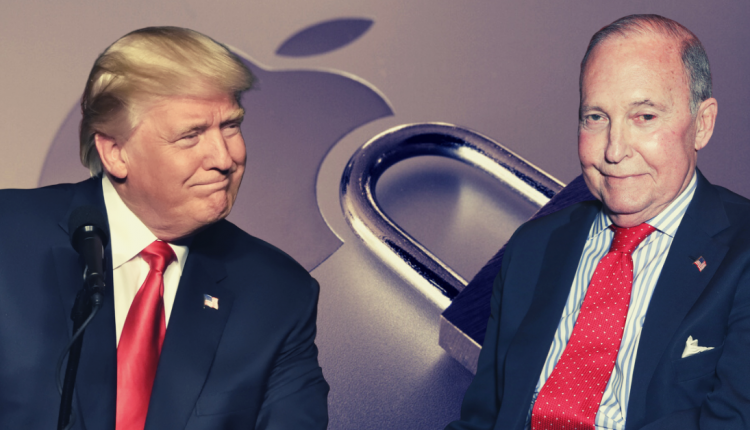 The US equities market rebounded firmly on Monday and shook off the losses suffered on Friday as sentiment soured into the end of the week.

Late last week, US tech giant Apple announced its plans to temporarily close 11 of its sites across four US states. This was in response to the recent rise in COVID-19 cases in the states in question. The news saw equities being heavily sold on Friday.

Risk sentiment had already been diluted across the week due to the increase in cases, prompting concerns that the US is on the verge of a second outbreak of the virus.

However, White House economic adviser Larry Kudlow was quick to dismiss the idea of a second wave. Speaking with CNBC on Monday, Kudlow said:

“There is no second wave coming. It’s just hot spots. They send in CDC teams, we’ve got the testing procedures, we’ve got the diagnostics, we’ve got the PPE. And so I really think it’s a pretty good situation. Actually, I think nationwide the positivity rate is still quite low, well under 10%.”

Kudlow’s comments echo those made by Donald Trump in recent days. Trump has explained the spike in cases as merely being the function of a significant increase in testing. He claimed that if testing was reduced, the number of new cases confirmed would be also.

Certain parts of the US have recorded a steady increase in cases over recent weeks amidst the ongoing reopening. This has fuelled fears that the virus is undergoing a second-wave. However, some experts have suggested that the data reflects an incomplete first wave in some areas, rather than a fresh outbreak.

Despite attempts by those in the US administration to downplay the data, the World Health Organisation has been clear in its warnings.

The WHO says the virus is now entering a “new and dangerous phase” with outbreaks in parts of the world previously untouched and fresh outbreaks occurring in areas where lockdown measures have been eased.

Ludlow’s comments were broadly risk-positive. Equities went on to end the day firmly in the green as Kudlow opined that a further fiscal package from the government is “highly likely”.

Responding to questions about the possible contents of such a package, Kudlow stated:

“Things the president has talked about publicly. He has talked about a payroll tax holiday for the workforce, he’s occasionally talked about capital gains tax relief. He wants to help out with some form of tax relief. Restaurants, entertainment, athletic contests, things of that sort. We want to help out the tourism business, which has been hurt very badly. We also want to reward people who are reemploying, who are going back to work.”

Following the failure at the 3220.75 level and the break back under the bullish trend-line from year to date lows, the SPX500 has retested the underside of the broken trend line. This is holding as resistance for now.

Supported by a more recent bullish trend line, price is holding above the 3029.50 support for now, keeping focus on further upside. A break 3112.75 will open up a retest of the broken bullish trend line and higher resistance at the 3220.75 level.

Gold pops higher at the open, but momentum stays weak