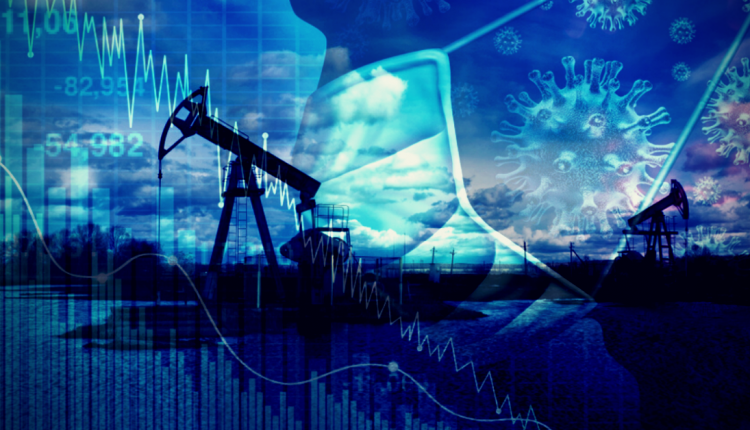 The latest report from the Energy Information Administration showed that in the week ending June 19th, US crude stores rose by a further 1.4 million barrels.

This was above the rise in inventories recorded last week. It also surpassed the expected 1.2 million barrel reading the market was looking for. Once again, this reflects a lack of demand for fuel products, despite lockdown measures easing in the US.

The total products supplied number is used as a proxy to gauge overall demand. This number was down over the last four weeks by an average of 8 million barrels per day. This is 17% lower than the same period last year.

Crude oil prices have been back under this pressure this week. This comes as a result of a trickier risk environment, as equities retreat on rising fears of a second wave of COVID-19.

Fears of a fresh outbreak have taken the shine off the recovery underway across the globe as lockdown measures ease. Unfortunately, many countries are reporting fresh increases in the number of new infections.

Parts of the US has been reporting their highest numbers of the pandemic so far. This led to Apple announcing that it will temporarily close 11 US sites in response.

Elsewhere, China has placed Beijing back under lockdown. The city has reintroduced travel restrictions as, it too, deals with a fresh surge in infection numbers.

Meanwhile, in the UK, as the government prepares to ease lockdown measures further on July 4th, health authorities have warned of the risks of an increase in the virus.

Traders have been shying away from riskier assets this week including oil prices which have seen heavier selling following decent buying on Monday.

The risks of a return to lockdown measures in the event of a second wave raise obvious risks for crude oil. The commodity saw demand decimated over the first half of the year as a result of the virus.

The outlook is not totally bleak, however. Analysts at Citigroup see crude prices recovering to north of $60 over the next 18 months.

This would be fuelled by the heavy supply cuts in effect from OPEC+, along with the reduction in shale oil output as producers reduce activity amidst the price crash.

Crude oil price made a fresh attempt at breaking above the 61.8% retracement of the decline from 2020 highs this week. However, the level continues to hold as resistance.

With bearish divergence showing on the RSI, the risk of a correction back lower is increasing. While price remains supported at the 33.17 level, however, focus remains on a further push higher and an eventual break of the 42.43 level.