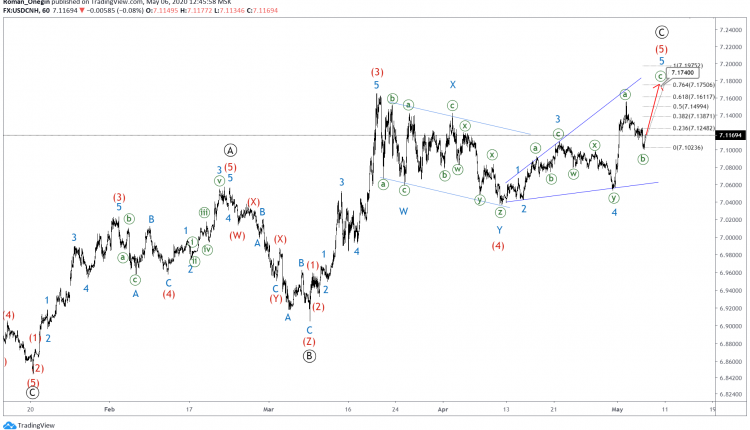 The current USDCNH formation hints to a bullish zigzag pattern which consists of primary waves Ⓐ-Ⓑ-Ⓒ. 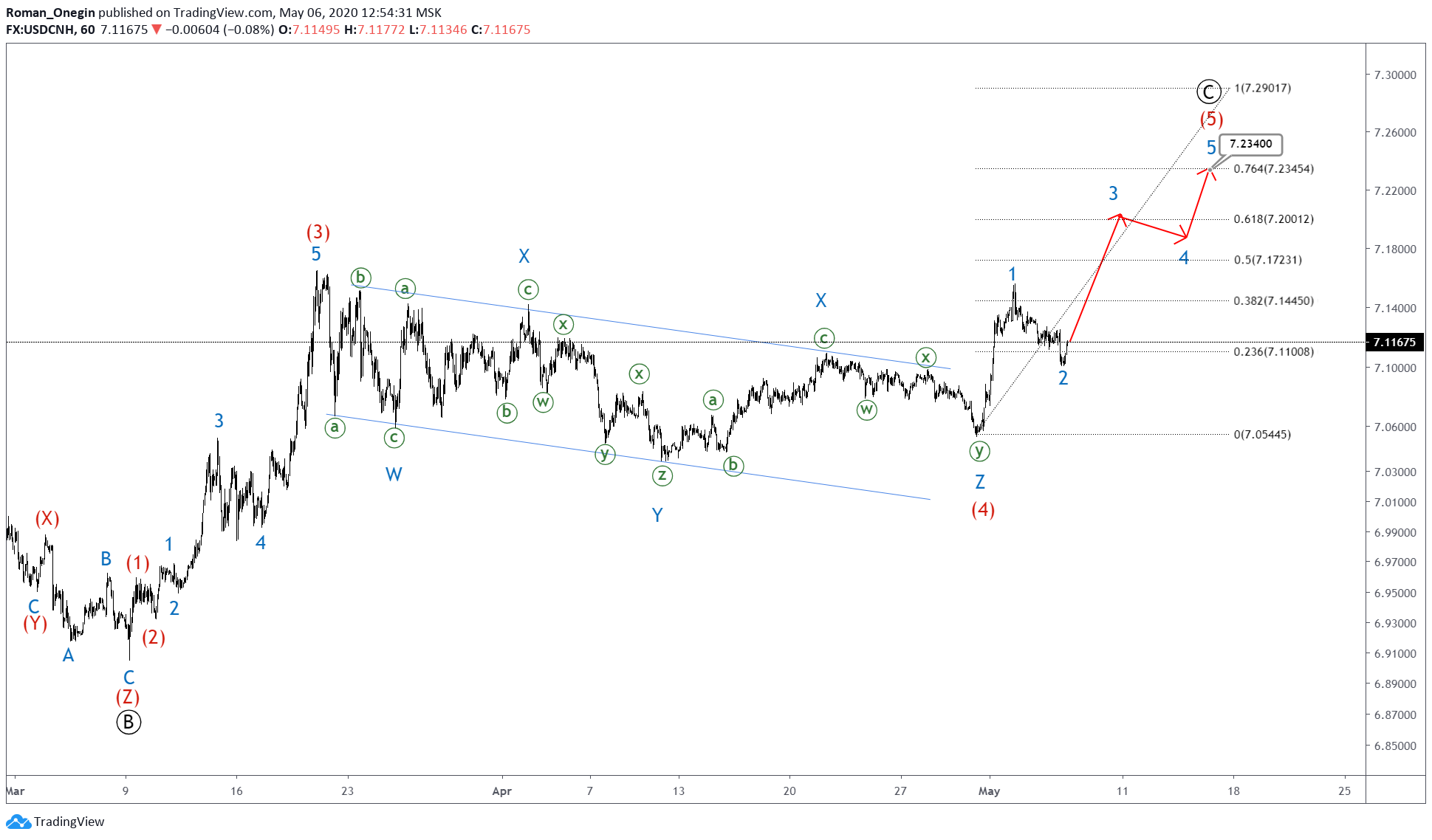 However, we must consider an alternative scenario. Here, the intermediate wave (4) took the form of a triple zigzag.

After completing this triple combination markets began to move up, forming a 5-wave impulse in (5).