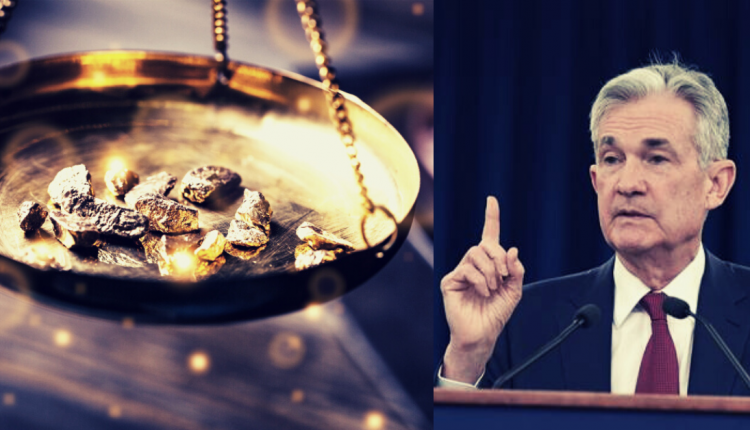 The yellow metal has been well supported this week, seeing a boost in demand as equities fell back.

Indeed, the rally in gold prices has come despite the upside move in the US dollar. This highlights that the market is shifting back into a risk-averse mood for now.

Equities fell lower this week in response to comments from Fed Chairman Powell. Speaking midweek, Powell poured cold water on the speculation surrounding negative interest rates in the US.

He noted that while the economic recovery is likely to take longer than first thought, the Fed is not discussing negative rates. He did, however, reassure traders that the Fed is willing to act further if necessary. Powell also called on the government to increase fiscal support.

Equities have also come under pressure from increased concern around the health of US/China relations, driving further safe-haven support into gold. With price now heading back up towards 2020 highs, the prospect of a fresh break out is rising, especially given the ongoing downside risks around COVID-19.

Gold Breaks Out of Bull Flag

Gold prices have now broken above the bull flag pattern which has framed the correction from 2020 highs. While price remains above the 1679.87 level, focus remains on a further move higher and a breakout to new highs. However, there is still the risk of a double top formation at the 1748.80 level, especially given the bearish divergence in the RSI indicator which is worth monitoring.

Silver prices have been higher this week also. Despite the downside in equities prices, the upside in gold has helped keep silver supported. With lock-downs beginning to ease around the globe now, the demand outlook for silver is improving.

However, it is still early days and downside risks remain. Metals traders will closely watch industrial production out of China later in the week, given the large demand for silver linked to the industrial sector there.

If we see a rebound, this should help further support silver prices.

Following some stagnation after the initial break above the 14.3722 level, which was capped at 15.8483, price has since turned higher again. It is now testing the 15.8483 level highs once again. If we see price break back above this level, the next resistance to watch will be the 16.3502 level ahead of a retest of the broken bullish trend line from YTD lows.