Is The US Heading For War With China? 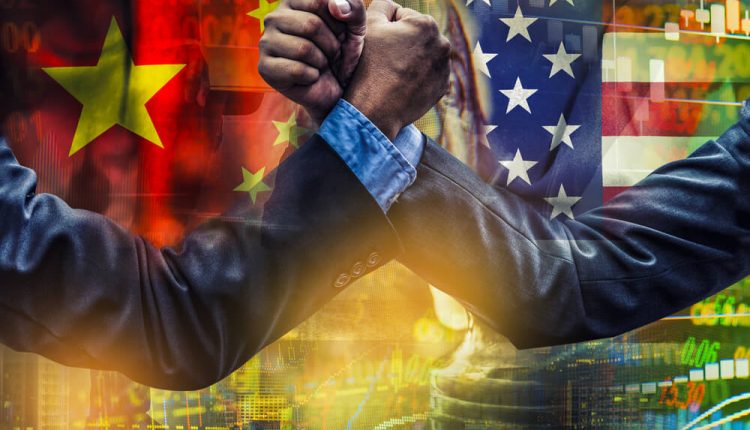 US/China relations have continued to sour this week, driven by the continued fallout from the COIVD-19 crisis which remains ongoing. The US has been very vocal in its criticisms of China which it accuses of having mismanaged to the coronavirus outbreak.

Furthermore, some in the US administration, including Trump himself, have accused China of having manufactured the virus in labs.

US Accuses China Over COVID-19

The situation has been particularly volatile over recent weeks following Trump’s stand-off with the World Health Organisation. The president canceled US funding for the independent health group amidst accusations that the WHO colluded with China in covering up the outbreak at its initial onset, essentially exacerbating the spread of the virus.

China has rebuffed US criticisms along the way. So far, official relations between the two nations have managed to stay on track (US & Chinese officials have been in contact to keep trade negotiations on course).

However, in response to the latest set of criticisms and accusations from the US, China has taken a more prominent stand.

China Hits Back At US Claims

Over the weekend, China published an 11,000-word essay on the Chinese Foreign Ministry website. It was titled “Truth in China’s Pandemic Battle Smashes Absurd US Allegations” and rebuts “24 lies” from the US.

The essay accuses the US of using “preposterous allegations and lies” in an attempt to “shift the blame to China for their inadequate response to COVID-19” and lists all 24 “lies” along with official counterarguments.

Indeed, the article even goes as far as to quote Abraham Lincoln in its rebuttal of these allegations saying:

US Announces Change in Handling of Chinese Journalists

Last week, the US announced that it will be reducing the visa period for Chinese journalists entering the US to 90 days (with an option to extend).  The Chinese Foreign Ministry has immediately hit back warning the US to reverse these moves or face similar countermeasures.

There has also been an increase in tensions over military operations in the long-disputed South China Sea. During the period of distraction caused by the COVID-19 outbreak, China has been busy building more man-made islands on reef structures in the disputed territory.

Last week it announced new administrative districts for up to 80 named islands which it is claiming sovereignty over. China has also been moving more warships further into the region. Last week they conducted military exercises which amounted to a show of strength.

In turn, the US has been conducting more military flights over the area (totaling 39) over the first four weeks of the year. In recent weeks the US has also been moving warships into the area. This is in a bid to counter the increased Chinese presence.

There is now a rising fear over how far both nations will continue to push each other and whether conflict could arise in the South China Sea as a result of the growing presence of both nation’s militaries there.

USDCNH continues to range between the 7.0571 – 7.1632 levels. For now, price remains within the bullish channel rising from year to date lows.

While the channel remains intact, bias remains on further upside with the 7.1943 level the next topside area to watch. Should we move lower from here, the rising channel support will be the next downside region to watch beyond the 7.0571 level.

XAUUSD gives back gains amid consolidation