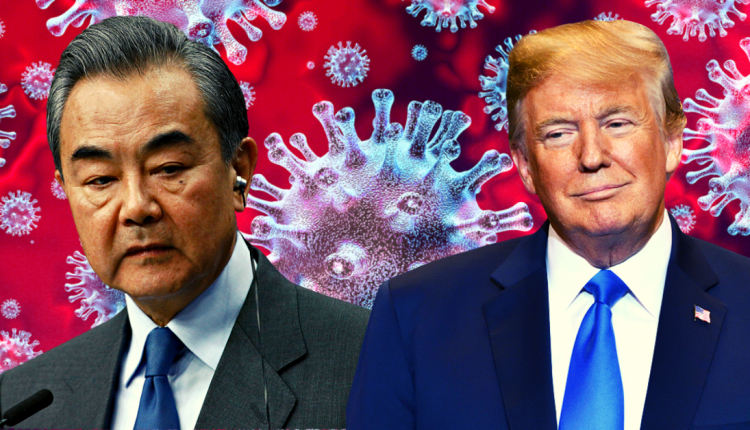 China has called on America to cease what it calls the “daydream” of Chinese reparations or compensation over its alleged role in the COVID-19 outbreak.

Tensions between the US and China have been ratcheting higher over recent weeks. The US continues to apply pressure on China, calling for an investigation into how the virus started.

US Aggression Against China Rising

The US claims that China is responsible for manufacturing the virus, which both Trump and secretary of state Mike Pompeo claim they have seen evidence of.

China denies this accusation vehemently, insisting that the outbreak was an accident and occurred naturally. However, the US remains unconvinced.

In fact, the Trump administration has threatened to apply financial penalties against China. It claims that it should be compensated for the economic damage suffered as a result of the virus which originated in China.

China last week pledged $2billion towards the global effort to combat the virus.

However, speaking at a news conference on Sunday, China’s foreign minister Wang Yi said that that the US should concentrate on fighting the virus and not trying to attack China with false claims.

“I want to say here: Don’t waste precious time any longer, and don’t ignore lives… Regretfully, in addition to the raging coronavirus, a political virus is also spreading in the United States. This political virus is using every opportunity to attack and smear China.”

The Chinese foreign minister went on to call for the US and China to cooperate, saying:

“What China and the United States need to do the most is to first learn from each other and share their experience in fighting against the epidemic, and help each country fight it.”

Indeed, Wang didn’t just concentrate his pleas for cooperation on the fight against the virus but went to call on the two countries to cooperate more in general. On this point, Wang said:

“China has always advocated that, as the world’s largest developing country and the largest developed country, both of us bear a major responsibility for world peace and development…China and the United States stand to gain from cooperation and lose from confrontation.”

As the US death toll approaches the 100k mark, there is a growing level of concern among Trump’s camp that the scrutiny over how the President handled the crisis will hurt him in the elections.

With this in mind, the very public targeting of China appears tactical. But, if he follows through on the threats, this could lead to a break down in trade negotiations. In turn, this would put further pressure on the global economy.

USDCNH on Verge of Breakout?

USDNCH is putting further pressure on the 7.1654 level as price continues to push for a topside breakout. However, divergence at recent highs, within the rising wedge pattern, suggests emerging downside risks and the possibility of a reversal.

If 7.1654 continues to hold as resistance, bears will need to see a downside break of the rising wedge support, as well as structural support at 7.0566 to confirm a shift in sentiment.

For now, focus remains on further upside and a test of 7.1955 next.