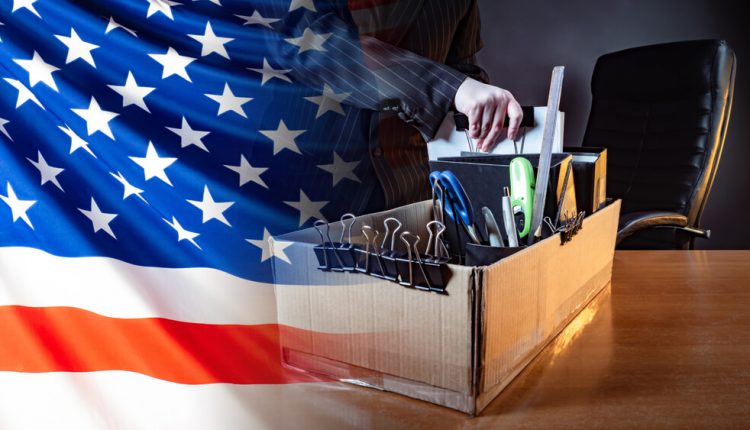 Friday’s US labor reports delivered some of the worst economic figures in US history.

Weekly jobless claims have risen steadily since the lock-downs began in March. We expected the April figure to be bleak. However, the -20.5 million figure recorded was a shocking blow. This marks the largest one-month drop on record.

The breakdown of the data shows that the leisure and hospitality sector was the worst hit, marking a loss of 7.6 million jobs. Retailers have also been battered by the lock-downs with 2.1 million job losses noted.

Surprisingly, despite the urgent need for medical care, the medical sector (which has been noting growth for decades) recorded a loss of 1.5 million jobs. This is due to a loss in patient numbers and the cancellation of elective procedures as people opted to avoid hospitals.

Labor Market in Worse Shape Than During GFC

Indeed, these latest figures mark the worst set of labor readings since 1933 when the unemployment rate hit 25%.

The depth of the plunge during the period of economic disruption caused by the COVID-19 outbreak is forcing analysts to reassess their estimated and projected pathways for the recovery. With the economy having taken such a record hit, the path back to pre-virus levels will now be much slower than previously thought.

The US administration is now caught in a very precarious position. His government’s handling of the virus outbreak has drawn a great deal of criticism. The massive deterioration in the economy bodes very poorly for his second-term election bid later this year.

However, his attempts now to begin re-opening the economy are drawing just as much criticism. Many health authorities warn that premature reopening risks a second outbreak of the virus. This could strike an even bigger blow to the economy if lock-down measures need to be reintroduced.

USDJPY continues to grind lower within the recent bearish channel. Price has now broken below the 106.87 level. While that holds as resistance, a further push down to deeper support at the 104.65 level is in focus.

Should price recover back above the 106.87 region, a retest of the channel top will be the next upside area to watch. This is ahead of a higher resistance level at 108.33.

The Week Ahead: The Commitment