Who Would Be A Better Forex Trader, Anthony Joshua or Deontay Wilder? 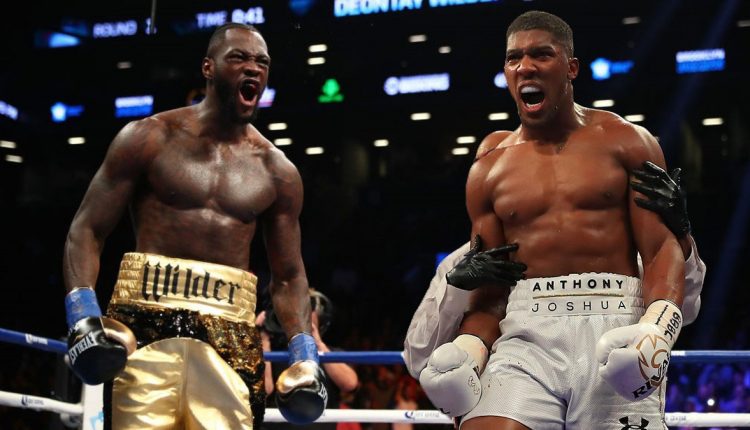 As the main title holders in the heavyweight division of men’s boxing, Anthony Joshua and Deontay Wilder are two of the biggest sports stars in the world. While the two have risen to the top of their game, they are yet to meet in the ring. As an inevitable showdown draws closer each day, boxing fans around the world are asking “who would win?”. As a boxing fan, I am also curious about this hypothetical bout and often debate with friends about who is the better fighter. However, as a forex trader, another question also comes to my mind… “who would be a better forex trader, Anthony Joshua or Deontay Wilder?”

Now, of course without sitting them both down at the charts for the money and having a “trade-off” there is no way to know for sure, but for the sake of interest we can take a look at the strengths and weaknesses of the two fighters and make a comparison to see who might come out on top. So, read on to see who I think would be a better forex trader and see if you agree.

Anthony Joshua, though a late starter in the fight game, has grown into an exceptional fighter. He possesses great speed for his size and displays the ability to fight in a controlled, methodical manner as well as having the capacity to slug it out when needed.

Deontay Wilder is the opposite of Anthony Joshua. Instead of fighting in a methodical, composed manner, Wilder is known for his wild, swinging attacks and for simply overwhelming his opponents. Despite his huge size, Wilder is incredibly fast and energetic and his fights are often a relentless onslaught.

One major criticism of Joshua was that he wouldn’t be able to “go the distance” as the majority of his fights have been won in the early rounds. However, against former champion Vladimir Klitschko, Joshua was forced to slug it out and also had his resilience tested when he was sent to the canvas. However, Joshua proved his worth and got up off the deck to keep fighting and went on to win in the end.

For Wilder, fight fans are still left in the dark about his resilience. His impressive record of 30 knockouts in 30 fights speaks for itself but, many fans question whether Wilder would be able to withstand a few of Joshua’s trademark blows.

Joshua’s style has changed over his career and the fighter himself openly admits that; when he first started out he tried to emulate the fighting style of Mike Tyson, he now prefers to emulate the composed, machine like style of his former opponent.

Joshua demonstrates quite a few characteristics which would definitely lend themselves well to forex trading. The first to note is the manner in which he has developed. Joshua started out idolising Tyson’s style of fighting but learned through experience that while this style of fighting might be exciting to watch and invokes a romantic element associated with boxing, to stay in the game in the long run he was going to have to adjust his style.

Many new traders get stuck with a losing system or suffer losses through a personal flaw and are too proud to change their methods, however, it is vitally important to be able to change and adapt in trading in order to develop and improve your abilities.

Wilder’s “wild and swinging” style raises a few red flags when it comes to trading. It seems reasonable to think that he would be more likely to take riskier trades than he should and would leave himself exposed in the heat of the moment, as he often does when fighting.

Furthermore, Joshua has demonstrated his resilience which is a key attribute needed for success in all fields. Getting sent to the canvas would be fatally damaging to most boxer’s psychology but Joshua has shown that he is able to keep his composure and keep fighting. Many new traders are unable to stand the psychological damage of suffering a drawdown and often end up creating spiralling losses as they veer from their plans and begin trading emotionally, it is critically important to learn to accept and cope with losses in order to be successful in the long run.

In the end it seems that the composed, more process orientated style of Anthony Joshua would make him a more successful trader than the exciting but ultimately too risky style of Wilder. As for who would win in the ring, hopefully we wont have to wait too long to find out.