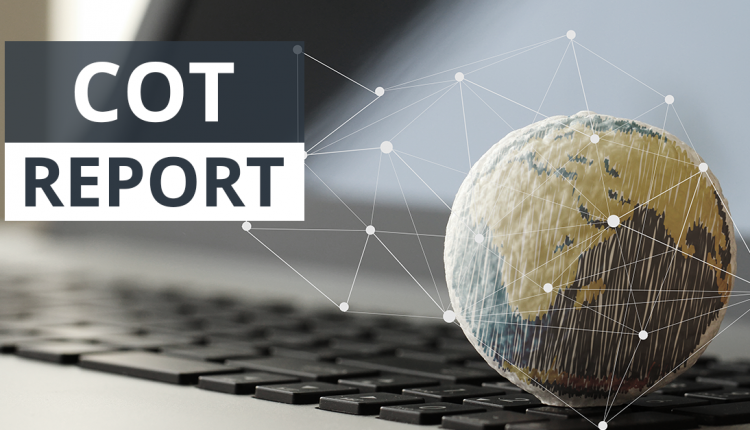 Non-Commercials reduced their net long positions in the Euro last week selling 14k contracts to take the total position to 127k contracts. Traders have reduced their upside exposure in EUR for two consecutive weeks now as traders have reacted cautiously to ECB comments which have noted the impact of a weaker US Dollar. Main focus this week will be on the ECB minutes due on Thursday though these are expected to provide little in the way of new information though, despite individual member comments, minutes releases going forward present upside risks given the likelihood of increased debates and discussions around QE exit.

Non-Commercials reduced their net long positions this week selling 13k contracts to take the total position to 15k contracts. Upside positioning in GBP has now been reduced by around 50% from a month ago as the market squares up some of the upside exposure which might have been premature. The key focus this week will be on the employment and earnings reports due on Wednesday with the market keen to see how wage growth has developed since last time around. Alongside this, traders will be listening to BOE’s Carney, Broadbent, Haldane and Tenreyro who will be testifying on the Inflation Report mid-week.

Non-Commercials increased their net short positions in the Japanese Yen last week selling 2k contracts to take the total position to  -115k contracts. JPY flows continue to be driven by shifting risk sentiment as the market recovers from the sharp declines seen over recent weeks. The short position in JPY remains at highly elevated levels and the risk of a squeeze is ever present on any further damage to risk sentiment or any further USD weakness. With BOJs Kuroda being submitted for reappointment as BOJ chief by PM Abe, the market is confident that BOJ policy will stay on its current course though recent murmurs have highlighted the potential that the BOJ is considering a shift in policy.

Non-Commercials kept their Swiss Franc positions unchanged last week with the total position sitting at -20k contracts. CHF downside momentum has stalled over recent weeks as a lack of directional catalysts have seen positioning adjustments dry up.  While the SNB remains committed to its current easing bias, the bank has fuelled concerns that a change in policy is on the horizon after it lifted its inflation forecast at its latest meeting.  With a lack of tier one domestic data this week, CHF will be mainly driven by EUR flows as the market adjusts around the release of the ECB meeting minutes.

Non-Commercials reduced their net long positions in the Australian Dollar selling 5k contracts to take the total position to 9k contracts. AUD upside momentum has stalled after a brief recovery over recent weeks. Focus this week will be on the release of the Q4 wage price index which will be closely watched by the RBA which is looking for data to validate its view that wages and inflation are slowly improving. This week will also see the release of the RBA’s February meeting minutes which traders will be looking to provide clues as to whether the bank is moving closer towards a shift back towards policy normalisation.

Non-Commercials reduced their net long positions in the Canadian Dollar last week selling 8k contracts to take the total position to 33k contracts. This latest negative adjustment in CAD positioning reflects the recent losses in global commodity markets as well as the damage caused to risk sentiment in response to recent equity market losses. Data has mellowed a bit compared to earlier releases in the year which has brought into focus the concerns raised by the BOC regarding the level of household debt and as well as house prices which has been mentioned a lot recently by the BOC. On the data front this week traders will be focusing on the January CPI report due on Friday, which is expected to have fallen back over the month.