How Fear and Greed Can Affect Your Trading Performance. 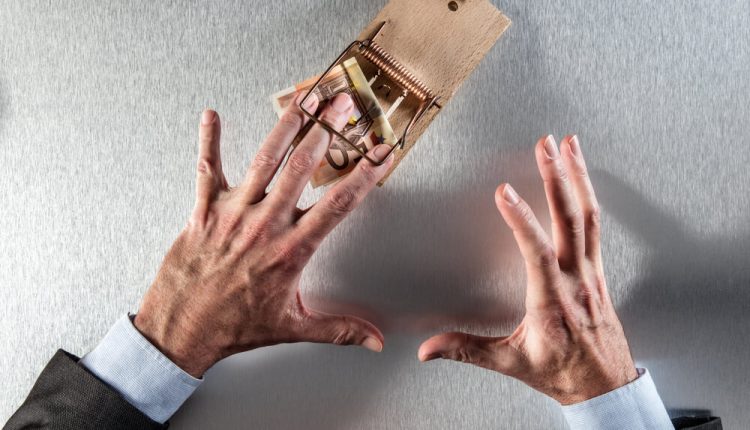 Trading can be an extremely challenging endeavour. While many traders believe that the key to success simply lies in finding a profitable system and applying it, most underestimate the psychological challenges of trading, particularly the emotional hurdles they will face. The two key emotions that can affect trading performance are fear and greed. To get a better understanding of how these two emotions affect traders risk taking, let’s consider the different problems caused by them.

This is one of the classic psychological challenges of trading that many traders suffer with, essentially linked to greed and feelings of excitement and euphoria. This error comes as a result of winning trades increasing the traders’ feelings of superiority. Traders are lead to believe that they know exactly what the market is doing and where price is going and they “cannot lose a trade”.  Many traders struggle with this early in their career but it is not uncommon for seasoned traders to become complacent and damage their trading results by doing the same thing.

Typically, what tends to happen in these scenarios is that; as the trader hits more and more winning trades, they are tempted to stray from their trading plan and place unplanned trades or they unnecessarily increase their risk to capitalise on their good performance.  In both instances, the trader ends up negatively impacting their results. It is crucially important that; during winning streaks, traders take even more care when selecting their trades, making sure that they stick to their trading plans and making sure that they keep uniform risk per trade. To highlight just how important this is, there are some hedge funds who actually force traders to cease trading once a winning streak hits a certain level, to avoid this scenario.

When traders look to understand the future by referring to the past they are confronted with more typical psychological challenges of trading. Essentially, traders think that because something happened in the past it will continue to happen in the future. One scenario where this bias typically creates problems is when market conditions change. For example, a trader might be operating a breakout system during a bearish trend where they keep selling as price breaks through the lows. However, once volatility and momentum dry up and the market moves into a range-bound period, this breakout tactic will obviously not work. However, because the trader has been having good success with it in the past, they are unable to adapt to the new conditions because they believe that the strategy will continue to work, and they end up giving back a lot of their gains.

Anchoring leads us onto the next psychological flaw which, is the tendency to refer to recent periods with more importance than past periods. For example, in the situation we just used, the trader places great weight on the fact that the market was recently in a bearish trend and is not looking at the overall picture. For example, what was the market doing before that bearish trend? How often does this specific pair tend to stay in trend for? How long do ranges last? Etc.  Simply focusing on the most recent period of price action and what worked can also create difficulty when traders are creating their trading systems, as they can be incorrectly led to believe that; because a certain system was working well recently it will continue to do so.

It is vitally important for traders to consider larger sample periods when they are designing and testing their trading systems or when they are making live trading decisions. Just because something was working well recently does not mean it will continue to do so.

Confirmation bias is another common psychological error that traders suffer from and refers to a situation where traders only pay attention to data and information that supports their ideas. For example, if a trader was looking to get long EURUSD they might sift through recent economic data looking for negative USD readings and positive EUR readings, to support their idea. Similarly, when looking at the charts they might also only focus on the technicals that support their idea and not the technicals which oppose their idea. Another common way that confirmation bias manifests itself  now is in traders taking to sites such as Twitter, to look for other traders that are taking a similar trade, to encourage and motivate them that they are correct.

Loss aversion is a psychological flaw which is linked heavily to the example we used at the start about the trader who puts on trades at too small a size to make any proper money. Loss aversion simply describes a scenario where a trader is too scared of losing to actually place a trade. It is one of the common ways in which traders deviate from their trading plans. For example, let’s say that a trader has highlighted a setup and an execution level that they will enter their trade at. However, following a news release, price is moving very quickly towards their level and they are scared that they will lose so they don’t put on the trade. The trade then works as they anticipated it would have and the trader has missed out on a winning trade.  Another classic scenario is where a trader has suffered a few consecutive losses and is doubting themselves and so when a trade sets up they avoid taking it only once again to miss out on another winning trade. Both of these situations are a common hurdle, linked to FEAR, that traders need to overcome.

Typically, during losing streaks, if the trade is able to continue to apply their strategy consistently, they might look to reduce their risk per trade to mitigate their overall loss. However, the issue with doing this is that it affects the trader’s overall returns as when they eventually start hitting winning trades again, it will be at a reduced size and so it will take them longer to recoup their losses. It is very important both from an account standpoint and a psychological standpoint to keep position sizing the same. Reducing position sizing invariably ends up in the trader taking more trades and usually off-plan trades because they are not daunted by the prospect of losing because the size is so small. On the other hand, if a trader has too large a position size, they will typically find themselves trading less and avoiding taking trades or making mistakes such as taking profits too quickly because they are unable to cope with the size they are trading.

Fear is a very powerful emotion and most traders will often find that fear overrides their greed. For example, when a trader places a trade and the market starts going against them, they are very tempted to move their stop back to give the market a chance to turn around because they are scared of hitting a losing trade. However, when a trader puts on a trade and it starts going in their favour, instead of feeling greedy and looking to hold the trade as long as possible to make as much as possible, the trader will instead be tempted to take profits at the first opportunity because they are scared of giving back their profits.

One of the biggest psychological challenges of trading that many traders experience at some point during their trading careers is in how they view the function of moving to breakeven on a trade. Once a trader has moved to breakeven on a trade the trade is deemed risk free, e.g the trader cannot lose any money on the trade if price reverses on them, provided they have adjusted their stop for their spread. Because this is the case, a lot of traders try to move to breakeven as early as possible on their trades to achieve a “risk free” trade.

However, in many instances the issue with this is that the trader actually moves their stop too early and isn’t thinking about the setup they took or the market conditions and is instead simply trying to gain a risk free trade.  A classic example would a be a breakout trader selling a break of support. A soon as the market runs a little in their favour they quickly move their stop to breakeven and congratulate themselves because they now have a risk free trade. However, the market quickly reverses, trades back up to retest their entry point where they are stopped out at breakeven, before then reversing a selling off to go down to where their target would have been. The issue here is that the trader has not considered the setup they have taken.

Hopefully from the support and resistance sessions you will remember that broken support often becomes resistance and vice versa. So, if a trader has sold a break of support, they should expect that at some point, for the majority of the time, the market will come back up to retest this broken support which should act as resistance and confirm our bearish bias. If we moved to breakeven before the level has been retested we are not giving our trade the proper chance to work and are ultimately sabotaging our chance of success for the false sense of security achieved by moving to breakeven and gaining a “risk free” trade.

As you can see, there are several ways in which FEAR and GREED can affect our trading and it is only by learning to identify these situations and think about what is happening that we can learn to truly improve our psychology. FEAR & GREED can be extremely negative forces in trading but by learning to harness the power of fear and greed to improve our trading, it is possible to use them to our advantage.  The types of situations that we have discussed here are the exact sort of scenarios that you should be considering when designing your trading plans. By considering these psychological challenges of trading and how best to deal with them as they arise is a fantastic way to help further your success and ensure that you don’t fall foul of emotional trading when certain situations arise.

Will the Bank of Canada hike rates?