From Shells To Cheese: Little Known Currencies of the World 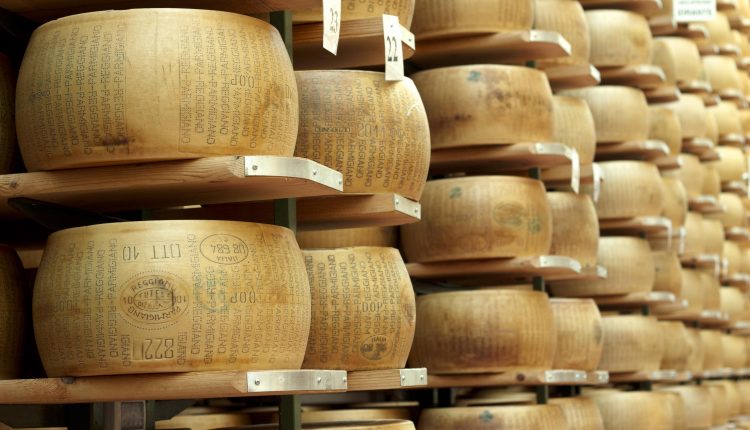 While the Foreign Exchange market has developed into one of the most sophisticated markets around, the history of currency is a strange one and over the last few years there have been some very peculiar items used as currency. Indeed, in some places there still are. So, read on to find out about some of the weird and wonderful currencies that have been used throughout history and a few that are still used today. So what are some of the little known currencies of the world?

When the beers pay for themselves

At its most basic level, currency is just an exchange mechanism for perceived value. In that sense, currency does not need to be paper or a coin so long as the item in question is perceived to hold value. In Cameroon in 2005 a brewery started giving away prizes, with winning tickets printed on the inside of it’s beer bottle lids. The promotion was so popular that the brewery’s competitors began running the same promotion.

It quickly got to the point where almost each beer purchased would win a prize ranging from another beer up to a deluxe vehicle. Given the value of these bottle tops, people began using them to pay for taxis, pay for food in shops and even as bribes for local officials. Before long, the bottle tops developed into their own currency.

For those of you who know your Latin, this might not be a surprise, but the word salary actually derives from the Latin word “salarium”, which was the money given to Roman soldiers for them to buy salt. Salt was the main form of currency in East Africa throughout the Middle Ages.

Salt is not the only edible currency that has been used. In the Solomon Islands, people would exchange tightly wound balls of turmeric, tied up in coconut fibres as their main form of currency.  In central America, Cacao was the main form of currency for a long time after first being used by the Mayan and Aztec civilizations and then later traded with the Spanish.

Indeed, some countries still use edible currency; the regional bank Credito Emiliano has accepted large wheels of Parmigiano-Reggiano cheese as collateral on small business loans since 1953.

Tails you win, heads you lose

In 1997 the African nation of Zaire, known now as the Democratic Republic of the Congo, was overthrown and dictator Joseph Mobutu was exiled. However, the new government had an issue as it did not have the funds to print and distribute new currency initially. So, in the interim the country took the rather innovative step of taking huge piles of 20,000 Zaire notes, and simply cutting the former dictator’s head out of the picture.

There’s money in the trees

In Medieval Russia, the common squirrel became the currency of choice. Hunters would kill squirrels and skin them, with their pelts being used as a form of exchange and smaller parts such as claws, snouts and ears used as change.

There’s money on the beach

In the beautiful islands of the Maldives, the beaches were littered with money. Well, not quite, but the cowrie shells that washed up on the shore were used as currency for a long time until silver began to take hold in the 13th century.

Paying the price for money

The tiny island of Yap in Micronesia, still uses a strange currency today: Rai stones. These large round, disc like stones are carved from limestone and used as currency with each stone varying in value depending on their history. The more people that have used the stone, and the more people who have died transporting it, the higher the stone’s value will be.

Who said phones are a waste of money?

One especially crafty currency alternative that is still being used today in countries such as Kenya, Tanzania, Afghanistan, South Africa, India, Mozambique, Egypt, Romania and Albania is mobile phone minutes. People essentially use their pre-paid mobile phone cards as a form of payment for goods and services and can even be used in shops for payment on small transactions.

So next time you’re out of cash why not stop by and see if you have some of the little known currencies of the world.