To Find A Fortune: The California Gold Rush 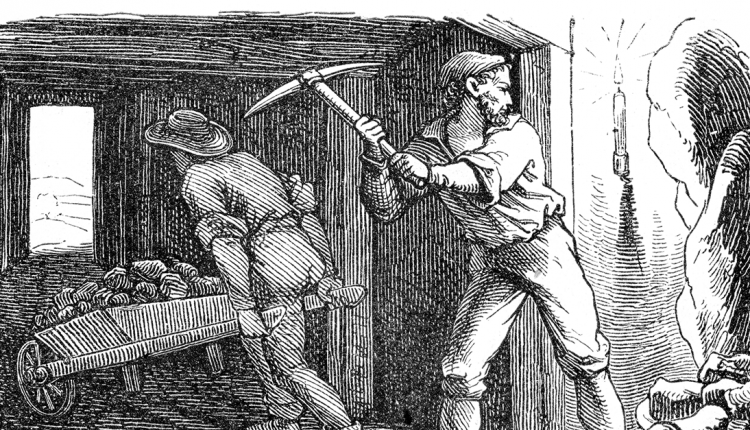 In 1848 a young mill worker named James W Marshall stumbled across a piece of shiny looking metal in the ground of a lumber mill in California. This small and seemingly insignificant discovery would go on to see the area flooded with 300,000 in a crazy search for gold, later to be known as the California Gold Rush.

Shortly after Marshall discovered the metal, he took it to his boss and the two privately tested the material. Upon identifying it as gold, Marshall’s boss John Sutter was not as elated as you might he’d think to be as he feared that a gold rush would ruin his plans to build an agricultural empire and expressed his desire to keep the news quiet.

Needless to say, word got out. As the rumours began to swirl around a San Francisco newspaper publisher got wind of the news and ran a story on it. He also set up a shop selling gold prospecting supplies and is famously said to have walked through the streets of San Francisco holding a vial of gold, loudly proclaiming “Gold! Gold! Gold from the American River”.

The first prospectors, called “48ers”, were the local residents of California who in the early days were able to collect large amounts of gold easily, as much as thousands of dollars’ worth of gold a day. By 1949 though, as word spread globally and foreigners and those from across America started flooding in, the competition became fierce as “49ers”, as they were called” began arriving in their thousands on a weekly basis.

A few months later and the New York Herald ran a story on the news of a gold discovery in California, making it the first major East Coast paper to cover the story which would soon after go countrywide as President James Polk confirmed the discovery of gold as he addressed Congress in December of 1848.

Just as Sutter feared, the area was soon swamped with people not just travelling from across America, but from all over the globe, desperately hoping to find their fortune hidden in the rivers and earth around California.  To give some perspective on just how disruptive this was to the area; the population of San Francisco at the time was around 1000 in 1848, and grew to around 25000 by 1850.

Risking It All For Fortune

However, travelling to California to look for gold was an ordeal itself. From the East Coast, prospectors had to either take a voyage around the tip of South America, which took around five to eight months or sail around the Isthmus of Panama, before taking canoes and mules through the jungle for a week before waiting for a final ship to San Francisco on the other side. There were also trails through Mexico or straight overland along the California Trail. None of these routes were easy, and many lost their lives along the way battling extreme conditions and deadly diseases such as typhoid fever and cholera.

As more and more people flooded into the area the hunt for gold started to spread out and prospectors made their way up into Norther California where discoveries of gold brought “49ers” up the Siskiyou trail and into the northern counties. Many towns sprang up around the prospectors encampments and were later abandoned.

In 1850, after two years of the gold rush, the majority of the easily found gold had been collected and prospectors began looking to collect gold from tougher locations. In fighting broke out among the miners and American miners were increasingly attacking foreign miners to try and drive them out, leaving the gold for themselves. A new state legislature was passed in California which taxed foreign miners $20 a month (equivalent to $580 today) to continue mining, alongside which foreign miners were repeatedly victim to organized attacks by American prospectors.

The massive surge in population around certain areas in California had a devastating effect on the Native American people who were driven out of their homes and away from their hunting, fishing and food gathering areas. Some Native Americans sought to protect their homes and livelihood by attacking the miners. However, this only prompted even greater retaliation by the miners who were equipped with firearms, leading to the slaughter of many Native American tribes. Sadly, those who weren’t massacred at the hands of the miners and managed to escape, would often starve to death once cut off from their hunting and food gathering zones.

By 1855, over 300,000 had made their way to California in desperate hopes of striking gold including prospectors from as far afield as China and Australia bringing with them their traditional culture, some of which can still be seen with the town of Weaverville in American having the oldest Taoist temple in America after it was created by Chinese immigrants during the gold rush.

The episode is said to have dramatically changed American culture as the “new American dream took hold”. Author H.W Brands wrote that “The old American Dream … was the dream of the Puritans, of Benjamin Franklin’s “Poor Richard”… of men and women content to accumulate their modest fortunes a little at a time, year by year by year. The new dream was the dream of instant wealth, won in a twinkling by audacity and good luck.”

FX Week Ahead: Central bank meeting minutes on the agenda