Australian Dollar Down As RBA Remains on Hold 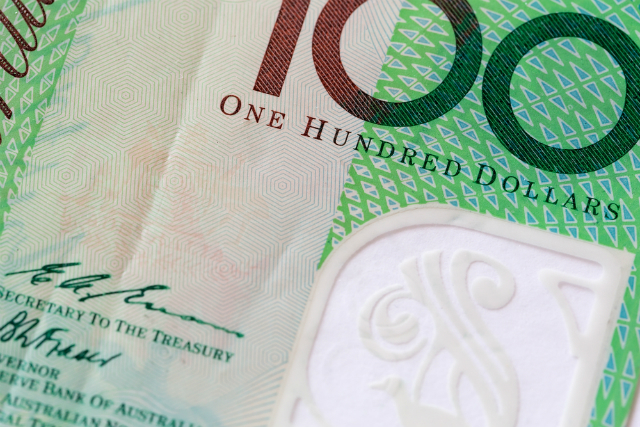 The Australian Dollar came under pressure overnight as the RBA kept rates on hold, as widely expected, noting that wage growth and retails sales remain subdued as does inflation, which continues to be weaker than expected. Governor Lowe said that “In underlying terms, inflations is likely to remain low for some time, reflecting the slow growth in labour costs and increased competitive pressure, especially in retailing”. Lowe added that “the bank’s central forecast remains for inflation to pick up gradually as the economy strengthens”.

The bank has noted that there are positive signs in the economy, such as continued growth in jobs as well as indications that business investment is growing through these factors are constrained by the negative forces currently at work in the economy.  Indeed, RBA’s Harper has recently commented saying that given weak wage growth and subdued household incomes, which threaten the momentum of the economy, the bank should not rule out a further rate cut.

Traders will now be waiting for the bank to release it new GDP and inflation forecasts at its upcoming quarterly statement on Monetary Policy, due on Friday.

After testing the 50% retracement from December 2016 lows, price bounced to retest the broken low around .7730s, which provided resistance turned price lower again. Price is now back under the bearish trend line of an earlier contracting triangle pattern. While below here, focus will be on a move down to test the next key support around the .7530s level, which is the 61.8% retracement from 2016 December low, with rising trend line support coming in around there also.