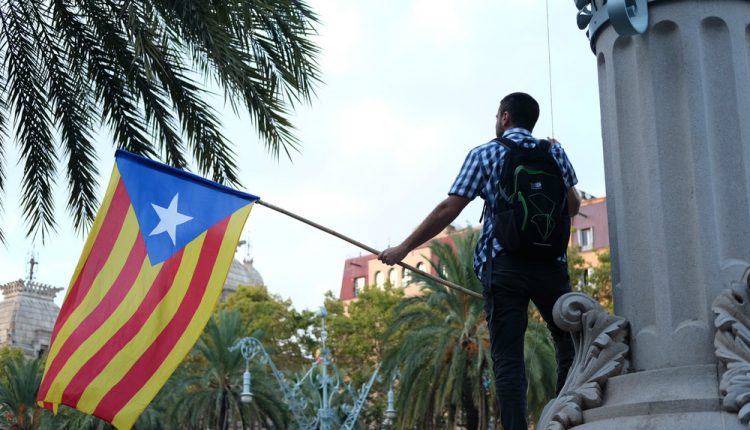 Following the Catalonian independence referendum earlier in the month which saw 90% of voters voting in favour of independence, the leader of the Catalan government Charles Puigdemont has said that he is ready to declare unilateral independence if Spain does not agree to formal talks on the matter. Puigdemont announced, just ahead of a deadline for backing down on the move for independence, that if the Spanish administration continues to “impede dialogue and continues its repression” then the Catalan parliament will press ahead with a vote on declaring independence.

The Spanish government responded swiftly by announcing that they are invoking Article 155 of the Spanish constitution which invokes the right to remove the region’s autonomous powers. Simply put, the move allows Spain to take over control of the region once again. Article 155 has not been used in the forty years since General Franco’s dictatorship ended. In a statement released on Thursday morning the Spanish administration announced that “At an emergency meeting on Saturday, the cabinet will approve measures to be put before the Senate to protect the general interest of Spaniards, including the citizens of Catalonia, and to restore constitutional order in the autonomous community,”

Over 40% of the 5.5 million registered Catalan voters turned out for the election which saw 90% voting in favour of independence, despite the Spanish government ruling that the referendum was illegal and sending the national guard to confiscate ballot boxes and block voters from voting. This time around, the Spanish government says it would be willing to postpone invoking Article 155 if the Catalan leader calls a snap election, however, this has been ruled out. However, many are fearful of further unrest as political tensions escalate.

#LaForçadelaGent People are queuing at banks in #Catalonia to withdraw money to protest against #Spain‘s measures.
Photo: @Carles_Ros pic.twitter.com/1gwDNU3ABS

In the two weeks since the referendum tourism to the region has fallen around 15% and a number of businesses have pulled out of the area, with more threatening to do so if the Catalan government declares independence. The vice-president of the tourist association Exceltur, Jose Luis Zoreda, said that the number of people visiting the region had fallen year on year due to images of police attacking protestors and angry mobs clashing in the streets. The tourism trade accounts for around 12% of GDP in Catalonia and around 400,000 people depend on the trade for jobs.

Additionally, Zoreda noted that visitors to Barcelona are down around 20% quarter on quarter which is unusual, especially in Barcelona, as it is the high season for conference, leisure and shopping tourism. The economic damage has been so significant that Spain has downgraded its economic forecast for 2018 as further disruption is likely given the current course of events.

Macron: “EU should not play a mediating role in Catalonia because it would encourage independence movements” https://t.co/2tSrMsEY41 pic.twitter.com/t3CRnQRfCU

The Rajoy administration has accused the Catalan government of “deliberately and systematically seeking institutional confrontation, despite the serious damage it is causing to coexistence and Catalonia’s economy”.

The wider EU response has been mixed so far, the French President Emmanuel Macron has said that France will refuse to recognise and independent Catalan state while Angela Merkel, the German Chancellor, has said that she hopes “there are solutions found on the basis of the Spanish constitution”. A number of other European officials have stated their view that the matter of secession is an internal issue for Spain.

For now, the next steps seem ominous as neither side looks ready to back down and investors cautiously await the outcome of this weekend. The market reaction is still quite contained currently with rising Spanish yields the only notable response. If the Catalan government does declare independence, followed by the Spanish government invoking Article 155, there is likely to be some downward pressure on EUR.