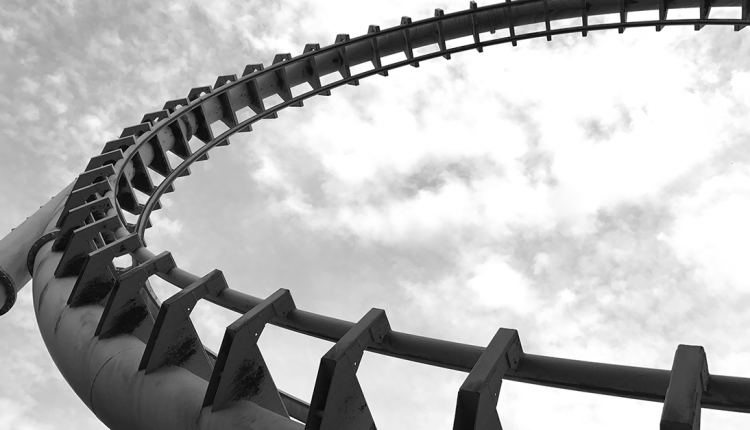 The Direct Line To Success

Railway Mani or The Great Railway Bubble was an economic boom and subsequent bust that occurred in the UK during the 18402. At the time, railroads in Britain were a new and disruptive technology that drew massive interest from speculators. Britain was well into the Industrial Revolution during the 1840s, and the ever-increasing amount of industrial activity required more effective transport for the huge quantities of coal, iron and other materials needed each day. The traditional method of horse-drawn canal boats and horse-drawn carriages had reached peak load, and something new was needed.

In 1767 the first Iron rails were laid, and the first horse-drawn railway was in operation in 1801 in Surrey. A few years later in 1804, Richard Trevithick, invented the first steam engine locomotive which was used to transport coal. The usefulness of this new transport was quickly appreciated and by 1810 there was nearly 300miles of railway laid in Britain.

Improvements to the design of the steam engine locomotive continued, and in 1825 the first steam engine railway was laid; a 25 mile stretch from Stockton to Darlington. In 1830 the world’s first inter-city railway opened; the Liverpool and Manchester Railway.

During the late 1830s and early 1840s, the development of railways was halted as high-interest rates and anti-railway protests caused disruption. At this time, Industrialists and investors were shifting towards government bonds and away from railway projects. Shortly after, the Bank of England slashed interest rates in a bid to boost the economy which worked, causing a ramp up in manufacturing and industrial activity.

Railway companies began aggressively promoting their businesses and portrayed investment in their stock as near – risk-free. To make their offering even more attractive, they offered the opportunity for investors to acquire stock in their companies with only a 10% deposit. The fine print mentioned that the company could call in the remaining 90% at any time. The deals and promotions quickly grabbed investors’ attention and creating an atmosphere of excitement and optimism which was allowed to flourish under the government’s laissez-faire approach to railway regulations.

Railway shares continued to rise, buoyed by strong demand, and speculation and hype continued to fuel even more investment as middle-class families ploughed their savings into buying shares. Many famous names of the time were also involved in Railway Mania including Charles Darwin, Charles Babbage, John Stuart Mill, the Bronte sisters and even Benjamin Disraeli. As is typical of a bubble environment, the huge amounts of capital flowing into the railway companies was redirected into increasingly adventurous and often fraudulent activity.

The bubble peaked around 1844 to 1846 with scores of new railway companies being created and more and more lines being laid. During this period the British railway stock index roughly doubled as the bubble reached fever pitch.

However, as the Bank of England tightened rates once again 1845 raising borrowing costs and increasing the return on low-risk government bonds, the railway stock index started to drop; rapidly. Higher interest rates and a growing awareness among investors that many railways were not profitable. Indeed, railway profits began to contract, and stock prices plunged around 50% from 1845 to 1850. This plunge was exacerbated as railway companies began calling in the 90% of debt outstanding from those who invested using just a 10% deposit. Many middle class and upper-class investors began haemorrhaging money, and a large number were financially ruined.

Along with plummeting stock values and rapid increases in investor defaults, the bursting of the bubble also brought revelations of widespread fraud and improper practice by many railway companies. In fact, around a third of the proposed railways approved by parliament and backed by investors, were never even built. Once again investors greedily rushed into a highly volatile investment situation and eventually were part of their own downfall.

However, unlike the typical bubble which usually sees no value left in the asset once the bubble has burst, the British railway sector underwent reform and redevelopment and eventually went on to become of the most advanced in the world.

One of the things that is becoming clear about each of the bubbles we have looked at is that at the point where it seems easiest for investors to make money, the market usually turns. It’s just a shame that investors can’t speculate on the price of railway fares, because that really would be easy money!

FX Week Ahead: ECB to overshadow the BoC and Riksbank