Why Lionel Messi Would Make A Great Forex Trader 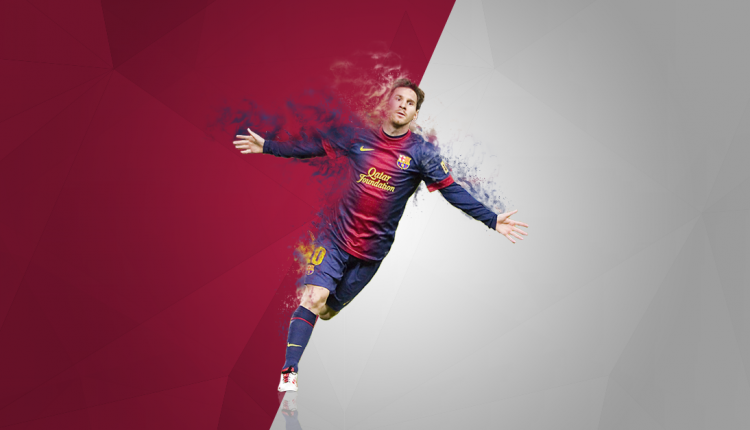 We often take a look at how the attributes responsible for success in other areas such as boxing or poker can help deliver the same success in Forex trading. In all endeavours, however, there are those key people who rise far above the rest; in football, Lionel Messi is definitely one such player. When thinking about what makes Messi a great football player, it is clear that many of the reasons could also make him a great Forex trader. So, read on to find out why Lionel Messi would make a great Forex trader.

1 – Devotion to practising and training every day

While there is clearly a great deal of natural ability involved, Messi’s dazzling displays of skill are also attributed to his work ethic. The famed striker from Argentina is known for his daily training protocol and often cites this in interviews saying: “I always try to train and improve every day so I can perform at my best level in every moment”.

And with all great pursuits, practice makes perfect. Messi’s commitment to honing his skills and sharpening his tools would make him perfectly suited to Forex trading. One of the key aspects that can help most new traders improve dramatically, is to simply spend more time “training” by looking at the charts and honing their strategy and testing their method.

Forex trading does not need to be complex, and some of the most effective strategies are often the simplest, but it does require you to put in the effort to study the charts and become familiar with the way price moves and to test and refine your strategy to make sure that it is as effective as it can be.

Many traders often take to the charts without properly testing their methods. This would be like Messi taking to the pitch without having trained; which is unheard of.

Messi is renowned for being one of the best offensive players to ever grace the beautiful game. A large part of what makes him so successful is his ability to shift speed often slowing down as he approaches a defender before speeding up to burst past them. This is a skill which would be greatly suited to Forex trading.

On the charts, Messi would most likely take his time, testing his method and running it live at greatly reduced risk to make sure the strategy is performing. Once he is confident that his strategy is working well and he has a good read on the market, he would then up his risk and start trading at a bigger size to capitalize on the opportunity.

Many new traders often approach the market at one speed, either they trade too large and suffer terrible losses, or they trade too small and never really gain any traction in building their equity curve. Knowing how and when to change speeds is an extremely valuable tool in Forex trading and one which would definitely help Messi conquer the charts.

While Messi is most famous for his other-worldly dribbling his skills, he is also a master of other plays too such as quick and precise passing. What makes him such a devastatingly great player is that he knows when to change his style up and mix between dribbling and passing. In trading, this ability to read the action and vary his style would be a tremendous asset.

New traders often find themselves in the same old situation; trading well for a while with their strategy performing well before all of a sudden, their strategy stops returning, and they lose everything they made and sometimes more. Typically, the reason for this is that the trader is operating a single strategy in the same way throughout all market conditions. So, if the trader is using a momentum, breakout strategy they will often do very well while the market is trending but once the market starts to range and chop around, they will often suffer heavy losses.

Traders need to learn to vary their strategy, either having another strategy that they can turn to when market conditions change, or modifying their strategy to operate differently when market conditions shift. It is very rare to find a strategy that performs well in all markets and the ability to shift style and approach is a vital tool. Messi clearly understands the importance of this and therefore would likely do very well in Forex.

While Messi makes it look easy to intricately weave the ball in and out of oncoming players at hurtling speeds, rest assured – it isn’t. The reason why Messi makes it look so incredibly simple is that of his rock-like composure. Messi is only a small, slight guy but he manages to gracefully navigate his away around much bigger opponents without losing his nerve or being spooked by oncoming tackles.

This composure would be incredibly beneficial to Messi as a trader. One of the main issues that new traders suffer from is keeping their cool when trading. No matter how hard you plan, there will always be events and situations that take you by surprise while trading such as news spike or straight stop outs and it is vitally important to always keep your cool if you want to be successful. It can be tempting to stray from your plan in the heat of the moment, but just like Messi, you need to keep your composure and stick to your game.