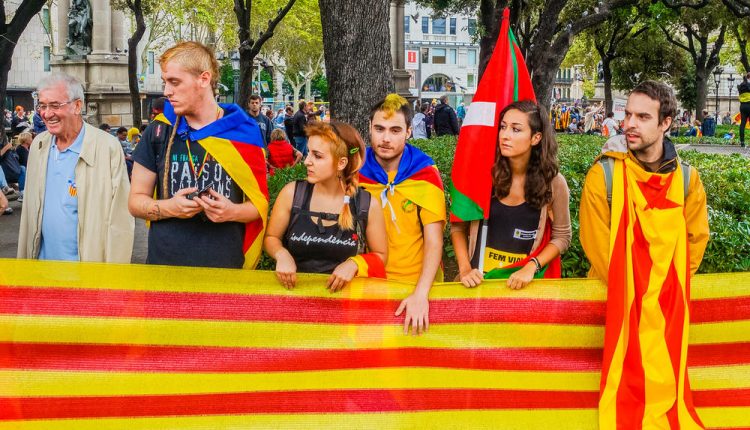 Catalonia On Brink of Independence?

Charles Puigdemont, the leader of the Catalan government, is meeting with his parliament today to establish how best to press ahead with their quest for independence.Investors are preparing for the Catalan government to make a unilateral declaration of independence. However, the government of the autonomous region is showing signs of disagreement as more moderate members are increasingly fearful of the likely consequences of such a move.

The Spanish government has strongly opposed the UDI which has also come under criticism from the EU who have voiced their lack of support. Individual governments, such as that of France, have also said that they will refuse to recognise an independent Catalan state while some banks have threatened to leave the region.

If the Catalan government does declare unilateral independence today, it does not mean that Article 155 of the Spanish constitution would be immediately triggered, which is necessary for the region’s government to take direct control. In terms of a response, PM Rajoy will wait until any such concrete steps are taken towards independence which should create room for negotiations regarding a new financing system for Catalonia. However, if the Catalan government does move for full independence and triggers Article 155, then a significant escalation of political tension is likely.

Puigdemont is due to speak at 1600GMT to announce the outcome of the meeting. If independence is declared, there is sure to be a swift response from the Rajoy administration including the likely suspension of the regional government as Spain once again assumes control of the autonomous region. Rajoy was criticised for the Spanish police force’s handling of the independence referendum two weeks ago where many protestors were injured as the police were seen attacking crowds as they tried to confiscate ballot boxes and stop people from voting.  However, the Spanish administration has reportedly deployed elite national guards in Barcelona who are ready to stage a raid on Puidgemont should the Catalan police force try to protect him.

The market reaction to this situation has so far mainly been focused on Spanish markets where bond yields have surged, and equities have fallen. The corporate reaction has also been clear with many businesses choosing to relocate from the region amidst the ongoing tension and uncertainty. Property group Inmobiliaria Colonial and Albertis, which is an infrastructure firm, both made the call this week to move their headquarters to Madrid along with telecoms firm Cellenex. Publishing firm Grupo Planeta confirmed that they would relocate their head offices to Madrid if the Catalan government proceed with a UDI.

The Euro has so far shown little clear reaction to the ongoing uncertainty. However, if the Catalan government does press ahead with a UDI, then a drop is likely as it will raise concerns about the stability of the eurozone once again. The main threat from a Catalan UDI is that other regions in the country will follow suit. Scenes of armed police attacking protestors in Valencia this morning have prompted concern that the region could look to follow Catalonia if they make such a move.

The eurozone has experiences consistent political uncertainty this year as a series of elections have shown growing support for far-right, Eurosceptic parties looking to exit the eurozone. The recent German elections saw the far right AfD party gaining seats in the Bundestag for the first time after they received over 10% of the vote. Markets are now looking cautiously ahead to the Italian elections where the eurosceptic Five Star Movement is currently neck in neck in the polls with traditional Italian parties and could be the first far-right party to gain power in the eurozone this year.

Three things to know before you trade futures