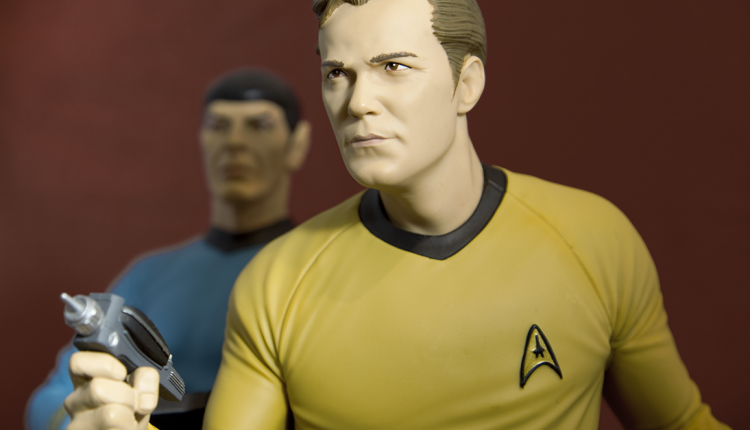 “You know the greatest danger facing us is ourselves, an irrational fear of the unknown. But there’s no such thing as the unknown — only things temporarily hidden, temporarily not understood.”

The long-running and hugely popular Star Trek series might just seem like light entertainment; however, it actually contains a lot of useful lessons and principles for Forex traders, especially when it comes to trader psychology.

One of the most important ideas that Star Trek explores, is how to confront the unknown, or more importantly, our fear of the unknown. Travelling through the universe navigating around stars, asteroids and other planets might seem a million miles away from sitting in front of the charts, however, there is one key similarity; confronting the unknown.

When travelling through the universe, the Starfleet understand that they are taking a risk; they have a defined goal, and they understand that in order to achieve that goal. They need to take the risk.

In the same way, Forex traders need to understand that in order to be profitable, they have to take risks. Many new traders struggle with placing a trade for fear of loss, however, ultimately, losses have to be embraced as part of the process in order to achieve success. In trading, you have to take the risk of losing, in order to win.

However, it is important to learn how to manage your risk so that it becomes manageable. The Starfleet are always unconcerned with protecting themselves and limiting their risk. In trading, it is possible to do the same thing. For example, trading at the correct size will make it much easier for traders to accept risk and place trades. Many new traders trade at too large a size and this negatively impacts their psychological state, making it difficult to take trades because the losses are so destructive.

The Starfleet understand that their mission is dangerous and fraught with peril, so they take their take and make sure to always plan for adversity. This again is extremely beneficial in confronting the unknown, if you plan for adverse situations you stand a much better chance of reacting in the correct way.

Many new Forex traders struggle with live market conditions, simply because they do not plan. Psychologically, this is like jumping into the pool at the deep end without a float, you start splashing around making it even harder to stay afloat. Having a solid trading plan provides a great deal of psychological assurance when trading because you always have a reference for how you should react. For example, if heading into a news event, do you move your stop to break even? If you get stopped out but then the market reverses do you enter the trade again? If price almost reaches your target but then reverses, do you hold or exit the trade at a certain point?

Many of these situations are the exact scenarios where traders without plans become unstuck psychologically and often make mistakes. Now, of course, making a mistake on the chart (hopefully) will mean you aren’t killed by aliens, but it will cost you money. So, to best protect yourself against adversity and to create a strong mental state, plan ahead and know that you are prepared for any and all situations.

“You either believe in yourself or you don’t.”

Ultimately, what is underpinning the Starfleet’s mission and helping them embrace the risk of it, is a confidence in their ability. As traders, you need to accept the risk of losing but understand its role in the path to success. For example. A trader who has a 3:1 risk reward (meaning that they win three times as much as they lose on a trade) and a hit rate of 40% (meaning they lose 60%) will still be really profitable. In this scenario, the trader will actually be losing more times than they win, but still coming away with a string profit, this is where it is vital that traders accept the role of losing and embrace it.

The main part of developing the confidence to embrace risk and understand the role of losing in the path to success, is in properly education yourself and developing a strong plan. Traders need to, first of all, make sure that they learn how to trade properly and develop a strategy that they have researched and backtested and then develop a solid plan that they can use as their guide while trading live. This is what will help them “live long and prosper.”