EUR Under Pressure As Far-Right Support Surges in German Elections 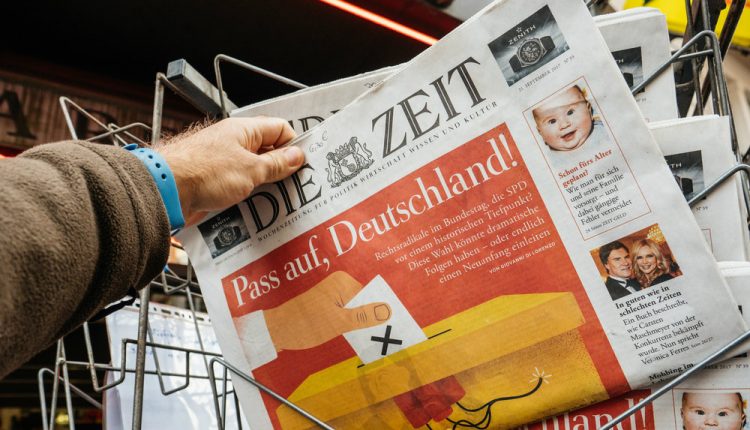 The Euro was trading lower on Monday morning as markets reacted to the results of the German elections, which delivered some surprises. The initial vote count showed that the CDU received 32.9% of the vote with the SPD coming second with 20.7% of the vote, and AfD coming third with 12.9% of the vote.

These results are surprising for a few reasons as it means the CDU saw their lowest vote count since 1949 and the SPD saw their lowest vote count since world war two. Notably, it marks the first time that the AfD will take seats in the Bundestag following their narrow defeat in 2013. Given these results, Martin Schulz, the leader of the SPD announced that his party would not be joining the CDU in a Grand Coalition. Despite the AfD receiving the third largest slice of the vote, the other parties have confirmed that they will not enter a coalition with the far-right group.

German Election: Introducing The Main Parties – From CDU to AfD

Investors are now keenly attempting to gauge the likely coalition which will be formed. One option is a coalition between the CDU/CSU, FDP and the Gruene – given the ideological differences between Die Linke and the CDU. This combination is referred to as a Jamaica coalition, and although it has been operated in the Saarland, at a state level, from 2009 – 2013, it has not yet been run at a Federal level. As such, the negotiation for such a coalition would likely take some time before being confirmed.

Another option is the forming of a minority government between the CDU and FDP given the similarities between their election manifestos. Although this would only give a minority of 42.4% German electoral law allows for the formation of a government based on a relative rather than an absolute majority basis provided that no other candidates can form a majority within the first 14 days of the new Bundestag. However, given the need to rely on other parties to pass legislation, it appears that a Jamaica coalition is the most likely outcome.

The initial electoral calculations suggest that a Jamaica coalition would gain only 52.4% of the vote which is an incredibly slim majority to support the passing of legislation particularly on issues of which the three parties are in disagreement such as eurozone reform migration or foreign policy.

The decline in support for the traditional centre parties and the rise in support for more extreme parties, particularly the far right suggests that political risks will remain a headwind for the Euro. The results of the German elections will now bring the Italian elections into focus where the Five Star Movement, which is an anti-euro, far-right party, is roughly at parity against the centre left and centre right parties in the latest polls. If far-right support gains traction in the wake of the germane elections, there is a very real risk that Italy will be the first of the eurozone countries to see a far-right government which would have strong repercussions for the eurozone and euro stability.

EUR reaction has been fairly limited so far though selling has kicked in. Price was recently rejected at a test of the 1.2035 level, which was the 2012 low, and this level will remain key upside resistance for now. To the downside, the next key support will be a retest of the broken 2015 high around 1.1724 which is broken will signal a deeper correction lower.