What Can Game of Thrones Teach Us About Forex Trading? 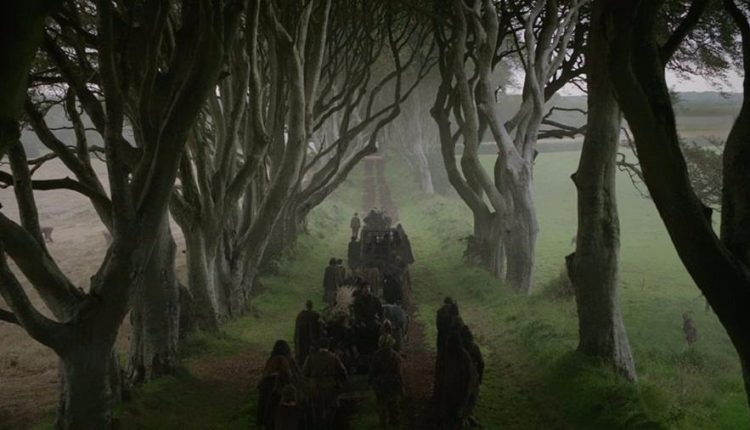 Game of Thrones is undoubtedly the most popular TV series of the last few years, and even people who haven’t yet watched the blockbuster series can be found dressed up as Jon Snow on a stag do’s and at Halloween parties.  While a TV series about dragons and supernatural armies might seem like a world away from forex trading, there are plenty of principles and lessons that traders can glean to help them succeed in the market. So, read on to learn what Game of Thrones can teach you about Forex trading.

One thing that Game of Thrones is well known for is war scenes. However, behind all this brutality, there is an important lesson that forex traders can easily adapt to their own (hopefully less bloody endeavour): keep fighting. John Snow, in his endless quest to protect Winterfell and control the North, is forced to repeatedly battle his many enemies.

Forex trading is no different. It isn’t enough to make one or two winning trades and then sit back and relax. Traders need to keep engaging the market on a daily and weekly basis if they want to be successful and achieve a sustainable income from trading. It is also important not to get discouraged by losses and to keep on fighting. Many traders enter a drawdown and psychologically.

In Game of Thrones, dragons are a double-edged sword which can either be a powerful ally or a deadly enemy. In the world of Forex trading, leverage would be the dragon which can either help traders advance their trading and boost their profits or it can be a deadly enemy which exacerbates losses and increases drawdowns.

A great deal of time is spent in Game of Thrones developing plans and working on strategies. Because the battles are so frequent and the desire to win is so strong, northerners put a lot of effort into planning their attacks and how they defend their kingdoms. This is an important principle for traders to take notice of. One of the big mistakes that many new traders make is wading into the markets without a plan and promptly being disarmed and defeated. Traders need to ensure that they put a lot of effort into their plans and are properly prepared before they begin making trades.

There are plenty of times where no matter how well prepared the northerners are, something goes wrong, and they are attacked by their enemies, It is in these moments that all of their training and their spirit is tested. Traders will often find themselves in a similar situation in the markets. Perhaps you have a trade on, and some unexpected headline rocks the market and shifts the tide against you. In these moments, it is important to maintain your exposure and stick to your plan.

Traders need to make sure that in unplanned circumstances they do their best to remove themselves from any further risk, in most cases this will mean closing a trade out or moving stops to lock in profits. One of the big mistakes that many new traders make is reacting emotionally in unplanned situations and often making things worse by adding to trades or moving stops wider to let the market reverse.

Establish Friends but Trust Your Own Judgement

The world of Westeros, Essos, and Sothoryos is a treacherous place. Everyone is fighting everyone, and the line between friends and enemies can often be very precarious. Double crossings and betrayals are common place and while it is important to look to build relationships to strengthen their position, the northerners need to ultimately be able to rely on themselves to success.

Trading is no different. It is important to be able to follow other people’s analysis and beware of opposing ideas, but ultimately, it will be you who is placing the trade and your money at risk, so you need to develop the skills and self-confidence necessary to conquer your Forex enemies and become King (or Queen)of the Forex market.

So, there you have it, now maybe the next time you’re watching Game of Thrones you won’t just be busy ordering pizza, but you’ll also have your notebook with you noting down any important ideas that can help you with your next trade.