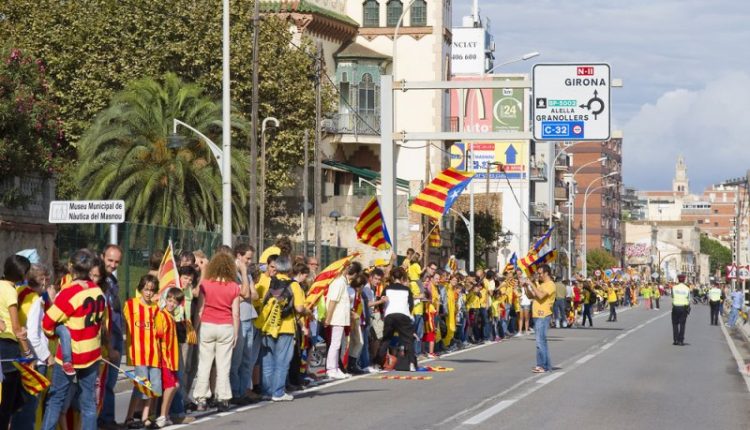 The last 12 months have been a constant source of political event-risk with Brexit, the US elections, and European elections all causing elevated volatility at times. Heading into the final third of 2017 this trend shows no signs of slowing down as the market prepares for German and Italian elections. However, there is another key political event set to take place which could also have important consequences for currency markets.

The government of Catalonia, one of Spain’s 17 “autonomous communities” announced in June that it would be holding a referendum (October 1st) calling for self-determination and succession from Spain. The unexpected move makes the current Catalonia government the first in 80 years to advocate succession and has been met with adversity by the Spanish government who have vowed to block the referendum stating that the Spanish constitution doesn’t allow for a regional vote on independence unless approved by the government.

The President of the Generalitat of Catalonia consulted the Council of Europe who judged that such a referendum must only be held “in full compliance with the Constitution”. The Spanish government demanded a constitutionality check to be carried out by the constitutionality court of Spain who annulled the Parliament of Catalonia’s resolution to hold the vote. However, the Parliament of Catalonia decided to ignore the judgement and maintain that the referendum will indeed be held on October 1st.

With anti-EU populism seeing a surge in support over the last 12 months, this latest situation is clearly a worrying sign. Within EU politics, symbolism is important and one of the key risks that a Catalan referendum poses is, if successful in achieving a vote for independence, the referendum could spark support for similar political movements across the eurozone. If separatist parties elsewhere see that the Catalonian government has been successful in achieving a vote for independence, it is likely to fuel a surge in support across the eurozone which will cause elevated uncertainty and volatility, as markets saw in the run-up to the French elections.

In terms of judging the market impact of the upcoming referendum, the lines appear to be drawn very clearly. If the Catalonia government press ahead and hold a referendum, it is likely to cause heightened investor uncertainty and some downward pressure on EUR due to yet a further challenge to the stability of the eurozone and the dominance of the Euro.

How Would Catalan Independence Affect EUR?

There are many key considerations in seeking to determine how Catalonian independence would affect the eurozone and the euro such as, would Catalonia seek independence from the EU? Would they use a currency other than the Euro? However, these questions might have fairly straight forward answers as the European Council has previously stated that “If a region separates from a Member State, the treaties are no longer in place from the day of its independence”. As such, it is likely that an independent Catalonia could be expelled from the EU and certainly, it would seem likely that Spain would use all of its political weight to have Catalonia expelled.

It is possible, however, that in the event of such a vote – instead of truly extracting themselves from a union with Spain, Catalonia would simply earn greater autonomy while still a part of the Spanish nation. A great deal of the support for separatism is in response to the fiscal austerity imposed by the Spanish government as Catalonia loses out on intra-regional tax transfers suffers from diluted tax autonomy.

In fact, some in Rajoy’s own government has accused the Spanish premier of fuelling separatist sentiment by not compromising more and satisfying Catalonian demands. In terms of the tax issue, Catalonia’s main complaint is that its tax revenues subsidise other parts of Spain – pointing to 2010 where EUR 61.8bln worth of taxes were contributed to the Spanish government, but the region only received EUR 45.33bln back. The Catalan government contends that they could reclaim around 8% of its GDP if it didn’t have to make these fiscal transfers to the Spanish Government.

In polling conducted on the subject of Catalan independence there has been a clear trend over recent years which shows a decline in support for independence, suggesting that if the referendum is held on October 1st, the Catalonian government might be disappointed. Credit Suisse highlights a poll conducted In July showing that support for separatism had fallen to around 40% from 50% two years ago.

In terms of key market drivers, with the market currently anticipating a winding down of ECB QE, the focus is not yet on the Catalonian referendum, however, this could change following the highly anticipated September ECB meeting, if the bank disappoints bulls. With a broad hawkish shift taking place in many of the G10 central banks and with economic data improving, many are expecting that the ECB will begin further winding down in QE program, beginning the turn in course back towards an eventual tightening bias, which should see EUR supported. For now, this remains the biggest driver and unless the Catalan referendum is successful in delivering a vote for independence, is likely to remain so.

With a broad hawkish shift taking place in many of the G10 central banks and with economic data improving, many are expecting that the ECB will begin further winding down in QE program, beginning the turn in course back towards an eventual tightening bias, which should see EUR supported. For now, this remains the biggest driver and unless the Catalan referendum is successful in delivering a vote for independence, is likely to remain so.