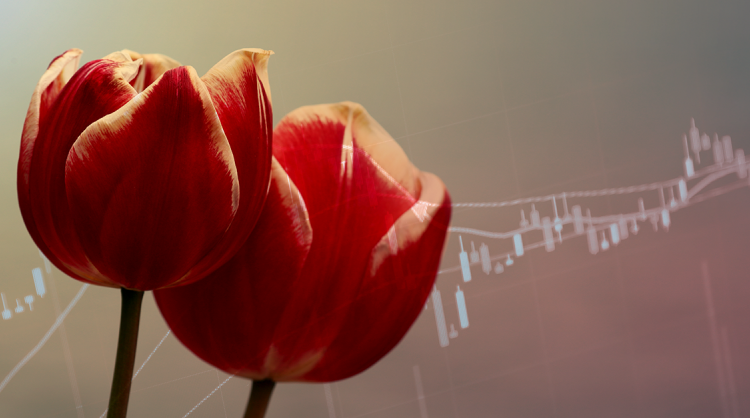 You’ve probably heard the term bubble used quite along in reference to financial markets. If you turn on CNBC or Bloomberg for longer than 15 minutes, you’ll notice they like to throw that term around a lot: asset bubble, equity bubbles, the tech bubble, the bitcoin bubble, housing bubbles. The list is endless. I’m sure most of you already know but just to be clear a bubble is essentially a phenomenon that occurs when investors drive up the value of a certain market to such a point that the prices in that market significantly outweigh the fundamentals and basic valuations of that market.

So, to summarise, it is when so many people pile into a market that prices go through the roof and can no longer be justified by anything other than the sheer force of crowd behaviour.

You’re probably well aware of some of the most famous bubbles such as the tech bubble (or dot com bubble) of the early noughties or the American housing bubble of the late noughties, but bubbles aren’t just a modern concept. Bubbles have been plaguing markets of all manner since markets began. Let’s take a look at the first recorded bubble in market history: Tulipmania.

The first ever bubble was recorded in the Netherlands all the way back in the 17th century.  Turkish traders introduced the Dutch people to Tulips in 1593, and this new, exotic flower soon became highly sought after. Shortly after its arrival in the Netherlands, the flower fell victim to a virus which caused dramatic alterations in the colour of the flowers petals giving it a “flame” like appearance.

Consequently, the flower which was already praised as a rarity became even more sought after. In response to escalating demand, the value of tulips began soar also. The way in which tulips were traded also change as many traders began dealing in bulbs instead of bloomed Tulips – in essence, this represented an early form of speculation as traders had no way of knowing whether the bulbs would bloom into flowers with valuable petal alterations.

Prices continued to explode higher which saw people purchasing tulips not just with currency but in exchange for land, livestock, their life savings, practically anything they could gather to exchange for the precious bloom.  During this period, there was a recorded 20-fold increase in the price of tulips in just one month alone.  Indeed, during the height of the period in March 1637, it is reported that the price of just one bulb was worth ten times that of the average annual salary of a skilled craftworker.

However, this manic buying did not last for long and soon after this dramatic increase many began selling to cash in on their profits – this led to a wave of panic selling which saw price cratering lower. The extent of the crash was wild with people losing their homes and business as dealers refused to honour contracts as yet more and more people rushed to offload their tulips which were plummeting in value.

The crash was so bad that at one stage the Dutch government said that they would intervene and honour all tulip contracts at just 10% of face value, however, this just made price crash even harder as many realised that the rare flower was not going to recover from this decline. Eventually, the market completely crashed, and many were left ruined. To put the price action in context: at the peak of the market, just one tulip bulb was worth the equivalent of a large country estate while following the crash the same tulip bulb could be exchanged for an onion.

Learning From The Past

So, what is the moral of the story here? Firstly, if you own any tulips, I would certainly advise keeping them in your garden before you get any ideas about offering them in exchange for country estates. Secondly, the saying  “what goes up must come down” has never been more appropriate. Keep an eye on markets and if you see any exaggerated moves anywhere, be on the look-out for reversal signs. While strong, healthy trends are not to be faded, where you see exhaustion-type blowouts at the top of the trend, this can be a good sign that the market has capitulated and a reversal lower is likely.

Webinar: How to use Orbex trading signals?