Inside the Forex Market: Searching for Black Swans? 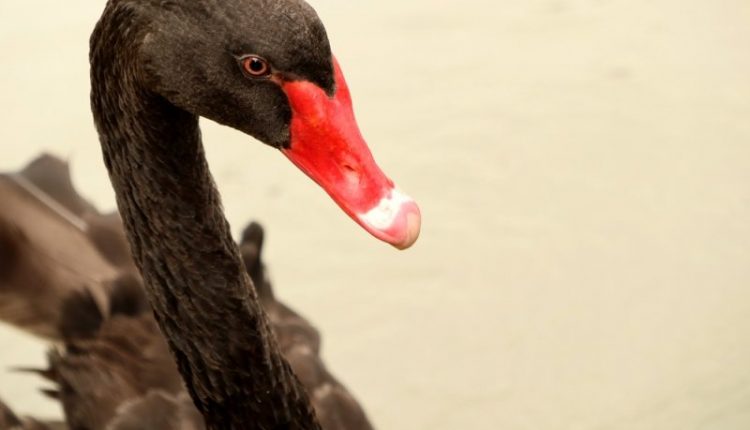 The term was made popular by Finance professor Nassim Nicholas Taleb, who also writes for the Wall Street Journal and spent 21 years working on Wall Street as a quant trade developing computer models for investment banks. Taleb brought the term to popular attention in the aftermath of the financial crisis in his book “The Black Swan: The Impact of the Highly Improbable”.

The term itself refers to an event which occurs well beyond the boundaries of what is typically expected and, therefore, represents a catastrophic surprise. The unexpected and random nature of black swan events makes them extremely difficult to predict. Given the difficult nature of anticipating these events, Taleb suggests it is important for people to always be aware that such dramatic events can happen and to focus on their risk management, protecting themselves.

(As an extra bit of info, the phrase comes from the belief in the Western world that all swans are white. This belief was based on the fact that these were the only ones accounted for until Willem de Vlamingh discovered black swans in Australia).

In the late 90s, a 100 billion Dollar bond trading fund went pop and nearly took the entire financial system with it through their strategy of highly leveraged arbitrage trading.  As the fund grew in size so too did the number of traders trying to piggy-back their strategy, and so the fund moved out of bond arbitrage and into equity arbitrage, swaps, volatility and global markets. Following severe losses during the Asian Financial Crisis, LTCM suffered a 14% loss – its biggest loss ever up till then.

Shortly after the Asian Financial Crisis, Russia defaulted on its sovereign debt which saw global markets plunging and triggered a $53 million one-day loss for LTCM. A few weeks later the fund was facing over $1 trillion in default risks. A default by the fund would have seen around 50 other counterparties (including investment bank UBS) defaulting also, and so the Fed and a conglomerate of Wall Street banks were forced to step in and bail them out.

Ten years on from the collapse of LTCM the global financial system was once again rocked by the collapse of a major financial institution. In 2008, Wall Street giant Lehman Brothers filed for bankruptcy with a debt of $619 billion making it the largest bankruptcy filing in history. The bank was heavily involved in the sub-prime mortgage market and highly leveraged so as the credit crunch of 2007 took its toll the bank suffered enormous losses as mortgage delinquencies and foreclosures ripped through the mortgage market.

The US government worked to offer a $700 billion bailout package which failed to pass Congress and subsequently the bank officially went bankrupt. The market reaction was extreme with the FTSE 100 dropping 5% in a day and the Dow Jones shedding 2.5% while HBOS, which owns the UK’s largest mortgage lender, suffered a 17.5% one-day loss. These declines came as central banks across the globe offered huge waves of funding to stabilise the market.

In just a few months over 2014, the price of Oil plummeted from over $100 per barrel to just $50. US Crude Oil production has been surging for years jumping over 50% between 2011 and 2013, annually, from 2 billion barrels to 3 billion barrels. In 2014, Libya’s oil production which had dropped to 250k barrels per day from around 1.8million barrels over April-June sharply rebounded to 900k barrels a day. The sharp increase in supply following the reopening of Libya’s oil fields which had been closed for months during the civil war caused an acute shift in the supply-demand scale sending Oil cratering.

These are just a few of the many Black Swan events which have rocked markets. So, as these events are so unpredictable, what is the importance for you? The main takeaway here comes down to risk management. When trading, your capital is always at risk, and it is important to always be aware of the unmeasurable risk of such an event taking place. So, always make sure that you trade with a stop loss, this means that should such an event occur your account will be protected against any sudden moves.