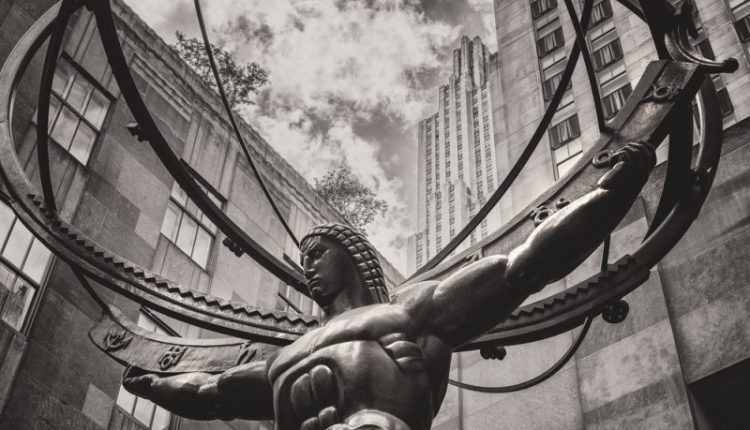 Bill Lipschutz is one of the most successful traders of all time and has a story that appeals to many new and aspiring traders. The 61-year-old market veteran who founded and directs portfolio management at Hathersage Capital famously started his trading journey with an inheritance tax of $12000 which he received while at college, following his grandmother’s death.

Lipschutz was doing a Bachelors degree in Fine Arts as part of Cornell University’s design program when he received the inheritance which came in the form of over 100 different stocks. After spending a great deal of time and money liquidating the various stock holdings, Lipschutz had his $12000 and began researching the stock market during his spare time, reading countless books in the library.

Lipschutz’s early foray into trading saw him grow the $12,000 pot into an impressive $250,000 portfolio before losing it all on one bad decision when the market turned aggressively. However, determined to succeed, Lipschutz continued his research and said of that episode that he learned a valuable lesson which he applied to all future investments.

During his time at college Lipschutz met his wife Lynelle Jones who was working for Henry Kaufman of Salomon Brothers. Lipschutz ended up interning for the bank and eventually became a full-time employee after graduation. It was there that Lipschutz was asked to join the bank’s newly formed Forex department working as part of a team of traders dedicating to trading the Forex markets which were just taking off at the time.

Lipschutz thrived and was soon considered to be among the top five forex traders in the world, earning over $300 million a year for the bank by 1985, just three years into his professional career. He headed up the bank’s FX trading team until leaving in 1990. Just two years before he has been appointed a director of the bank and in 1989 became the Managing Director & Global Head of Foreign Exchange.

After leaving the bank, he remained active in the markets working as the President & CEO of the North Tower Group before founding Rowayton Capital Management which he was President & CEO of until 1995 when he formed Hathersage Capital, of which he has remained the Principal & Director of portfolio management since the founding. In 2006 Lipschutz was inducted into the Trader Monthly Hall of Fame.

Keeping an Eye on the Markets

Lipschutz famously has quote screens and monitors in every room of his house (every room!) meaning he is always able to keep an eye on the markets and economic updates. Clearly, Lipschutz believes it is important to always stay up to date with price movement and economic releases.

In terms of gaining an insight into the practices and beliefs of this illustrious trader, we are fortunate because he took part in an interview with Jack Schwager for his famous “Market Wizards” book which has become a forex traders handbook of sorts.

“If most traders would learn to sit on their hands 50 percent of the time, they would make a lot more money.”

Here Lipschutz is talking about the issue of overtrading which is a problem that many new traders suffer from. This is why it is so important to have a clear and solid plan to stick to help you avoid taking unplanned traders.

“A good rule of thumb for a short-term trade – 48 hours or less – is a ratio of three to one. For the longer-term trades, especially when multiple leg option structures are involved and some capital may have to be employed, I look for a profit to loss ratio of at least five to one.”

This quote demonstrates the importance of sticking to positive risk:reward, this means always looking to bank more on a winning trade than you stand to lose. Adhering to this principle over time greatly increases your chances of success.

Finally, in terms of the motivation behind his success, Lipschutz says – “If a trader is motivated by the money, then it is the wrong reason. A truly successful trader has got to be involved and into the trading, the money is the side issue… The principal motivation is not the trappings of success. It’s usually the by-product – simply stated ‘the game’s the thing”.

This is a really important quote and highlights the importance of proper education and the need to be passionate about trading in order to succeed. Lipschutz’s story proves that you can start with a small amount of money and go on to be wildly successful but you need to have a passion for “the game” as he calls it.

One of the great things about forex trading is that you can open a demo account and learn how to trade and hone your strategy before ever risking real money, to ensure that you have a method that works. Who knows, you might just be the next Bill Lipschutz.

SEO – The Complete How to Guide for Forex Affiliates