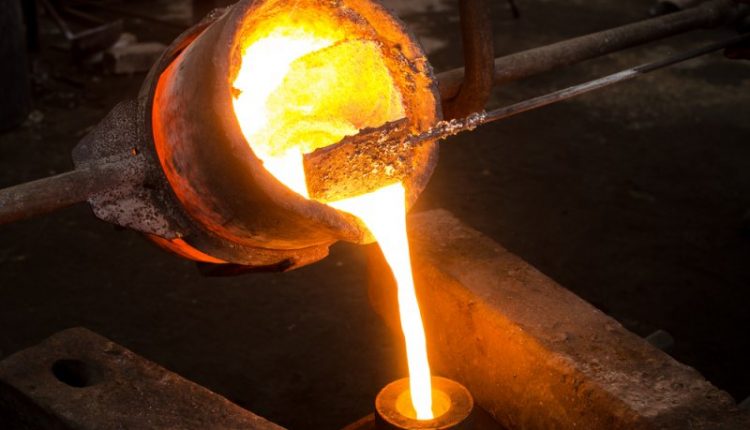 However, prices were able to rebound on Thursday follow President Trump’s initial unveiling of his infrastructure spending plan, which he urged Democrats to work alongside him on. Trump plans to leverage the $200 billion dollars in his budget proposal into $1 trillion worth of projects to help “rebuild our nation’s infrastructure”.

It was the announcement of such a plan, ahead of Trump’s election that saw metals markets explode higher last year as investors and speculators positioned for huge demand linked to the President’s plans. However, momentum was soon lost when it became clear that the plan was to take a backseat as the President pursued other policies on his agenda.

The same key levels continue to frame the copper market as the year to date range persists. To the topside, the key area is the retest of the bearish trend line from 2011 highs alongside the 2015 high at 2.963. To the downside, initial support comes in at the December low of 2.452 while deeper support can be found at the mid-2016 highs around 2.294.

The bearish trend in Iron price remains intact though the metal refrained from putting in a fresh low this week. The fundamental backdrop was mixed as higher grades saw prices rising while lower grade iron declined. Despite the volatility, the benchmark price remained roughly unchanged over the week.  The disparity between prices in the Iron markets has been attributed to increased demand from steel mills looking for higher grade iron.

The chart shows that the recent decline could be losing momentum here as downward price moves are getting shallow and the market is starting to retrace more. Price is now testing the Key $56 mark which was the late September low and is a key support level. Some stabilisation here could provide the scope for a deeper correction higher while a break will open up the way for a test of deeper support at the $50 mark.

Palladium prices softened slightly over the week following yet further recent strength. A rising deficit in the market has been supporting prices. Palladium typically receives the strongest demand from the automotive sector where the metal is used in catalytic converters for petrol cars. Analysts have recently been warning that the outlook for the metal is clouded because of the increased switch toward diesel cars which use platinum instead. However, diesel vehicles have been losing market share recently and as such, pallidum demand has remained intact.

The key level remains the 818.90 level which was the 2011 high. While price remains above that level, the price is on course to challenge the 2014 high ahead of the 920 level. Notably, however, the market is moving in a wedging pattern which cautions against the potential for a bearish reversal. We recently noted that the 818.90 level presents the potential right shoulder of a large head & shoulders pattern which could still play out.

Zinc price has been hit hard over recent weeks by the negative news surrounding China, now down around 20% from their year to date highs. Despite the rout, the fundamental backdrop supports a bullish outlook as inventories are once again being whittled down, leading to supply side disruption, which in the long run supports higher prices. The closure of two key zinc mines last year, as well as Glencore’s Zinc production cessation, has led to a rundown of reserves.

Current global demand is over 14000 tonnes while supply is currently less than 13000 tonnes.  China is responsible for a large swathe of that demand, around 43% and consequently, weak trade data out of China has seen speculators pushing the metal lower. The bigger risk to Zinc is the prospect of reduced infrastructure spending in China given the recent move in China’s national debt which is now around 300% of GDP

The 2010 high at 2725 was the key level earlier in the year but with the price having firmly rejected that resistance traders are now looking to the first major support which comes in just below market at the 2014 and 2015 highs around 2412. A break below this level will pave the way for a much deeper correction while support here could see a rotation back up toward the rejected 2010 high.