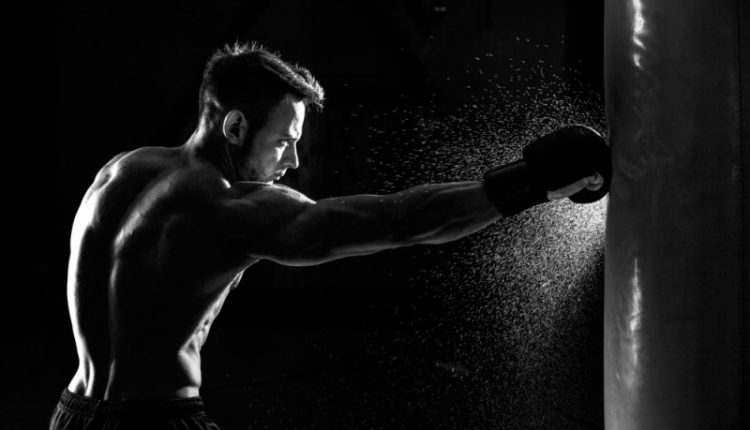 At first glance,  forex trading and Boxing might seem like two completely different worlds: In one world, traders sit behind screens in a comfortable chair and spend hours poring over charts and data, usually with a coffee in hand, while in the other world fighters battle it out toe-to-toe, usually dripping in sweat and blood.  The highest risk of injury for a forex trader is probably spilling coffee on their lap!

So, given how completely different these two experiences are, what could forex traders possibly learn from boxers?

Well, although the actual experience is completely different, the similarities come in terms of how each prepares, trains and also in terms of the mindset needed to be successful in each endeavour.

The importance of proper training and preparation

Boxers spend endless hours honing their skills in the gym and studying their opponents to get themselves in the best shape possible ahead of their bout.

In the same way, it is important for traders to put in the necessary time testing their strategies and studying the price charts to learn everything they can about the way the market moves and make sure their strategies are as sharp as possible.

Having the right mindset

Boxers understand that they risk getting hurt and they risk losing, so it is crucial that they prepare themselves mentally so that they are in the right frame of mind to enter the ring and do what they need to do to win.

In the same way, forex traders risk losing money, and so it is equally important that they prepare themselves mentally so that when they are trading, they are able to cope with the level of risk that is inherent in trading and still be successful.

The importance of sticking to the plan

When it comes to staying in the right mindset, having a plan and sticking to it are essential. Boxers learn certain combinations and develop a plan based on how best to attack and defend against their opponent. During the heat of the bout when their emotions are running high it is vital that they stick to their plan and keep executing their moves as they planned.

Accepting that losses are part of winning

Boxers understand that they aren’t going to go through a fight without getting hit. They prepare and train as hard as they can and work on developing their mindset so that they can withstand taking some punches along the road to victory.

In the same way, forex traders need to learn to accept the role of losses in their career. All traders will lose money, and some of the most successful traders lose trades regularly. So long as you maintain a positive risk:reward on your trades you can still be profitable despite taking losses.

You can win without landing a knockout

Some boxers have that magic touch are able to land knockouts with ease, but the majority of boxers understand that knockouts don’t come easy, and instead they focus on sticking to their plan and executing the moves that they have learned. They aim to win by scoring points and by cumulatively wearing their opponent down.

In the same way, forex traders need to accept that not every trade is going to be a 1000 pip winner. Traders need to work on developing a profitable system and executing that system, looking to build their profits in the long run. The key thing is to develop a system which is consistently profitable even if that means taking moderate profits over going for home-runs!

Getting back up after a knockdown

In the same way, it is important for traders to understand that no matter how good their strategy is and how well prepared they are, drawdowns will come. There will always be times when the strategy underperforms, and the trader hits a losing streak. However, this is where all the training comes in and where the traders with the proper mindset are able to stay focused and keep working and recover their losses.

So, whether you’re putting on the gloves ready to get in the ring, or pouring your coffee for some time at the screens, now you know exactly what it takes to win, Remember the three key factors: Training, Preparation & Mindset.