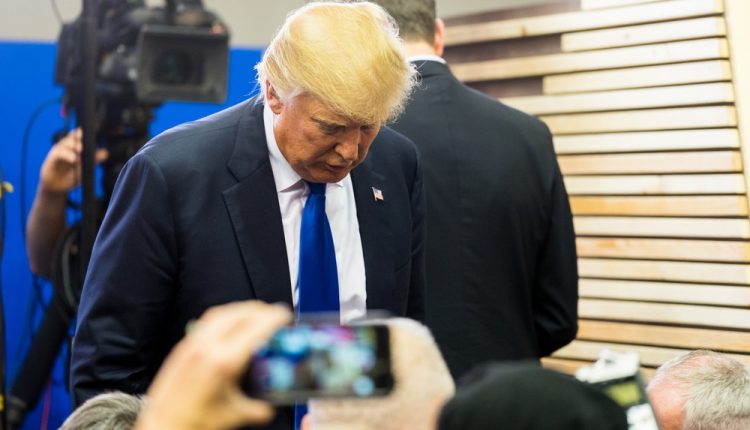 Following the failure of his healthcare reform bill, markets have reacted cautiously to the announcement of President Trump’s tax reform. Described as the biggest tax reform since 1986, the reform is intended to fuel growth in the American economy.

Key Points From The Plan

The proposed revisions to the tax code would reduce the current seven wage brackets to three, with rates of 10%, 25%, and 35%. The proposed rates differ from the rates used in his election campaign and the document highlighting the reforms, which has provoked criticism for being only one page long, doesn’t explain precisely where each wage bracket will fall.

The reforms would see the top wage bracket increased from 33% to 35% while the bottom wage bracket would be reduced to 10% from the originally slated 12%. Under the new reforms, the standard deduction would also be significantly altered.

During his campaign, Trump suggested that itemized deductions would be capped at $100,000 for single filers and $200,000 for married couples. However, the new plan doesn’t refer to any caps beyond saying that the administration intends to “eliminate targeted tax breaks that mainly benefit the wealthiest taxpayers”.

According to the reform plan, tax breaks for charitable giving, mortgage interest, and retirement savings would remain in place though the deduction for state and local taxes would be eliminated. In all, the deduction referred to as the SALT deductions, would be the largest federal tax expenditure, estimated to cost around %96 billion in 2017 and $1.3 trillion over the 10 years between 2017 and 2026. Currently, over 50% of taxpayers, who earn above $75,000, claim SALT deductions on their federal income tax returns, as do more than 90% of taxpayers who earn above $200,000.

The Trump administration has reaffirmed its commitment to ending the Alternative Minimum Tax (AMT) which requires over 5 million taxpayers to calculate their liability twice and then pay on the highest amount.

The plan also reflected the Trumps administration’s intention to seek the elimination of the 3.8% net income investment tax, created by the Affordable Care Act. The tax is applied to the investment income of taxpayers who have a modified adjusted gross income of over $200,000, for single filers, and $250,000 for married filers. Terminating the net income investment tax would see the effective capital gains tax lowered from 23.8% to 20% for high earners.

Given move, investors who are selling securities or property this year will likely wait in an effort to benefit from lower capital gains rate in the future. Investors now need to wait for lawmakers to turn the President’ tax reform plan into legislation.

The market reaction to the plan was fairly subdued partly because of the lack of detail in the one-page plan and also because many of the elements of the plan had already been leaked or announced prior to the official release. Many investors also suspect that the plan will not be approved by Congress as the new tax plan looks very similar to Trump’s economic plan from his election campaign. The economic plan was expected to increase the Federal budget deficit by $7trln over the next decade.

The US Dollar Index remains supported at the bottom of a wedge pattern which highlights the lack of momentum in the market following Trump’s election. If price remains inside this pattern, we can expect a rotation higher to test the top of the structure.

How to Use Fibonacci Levels in Technical Analysis