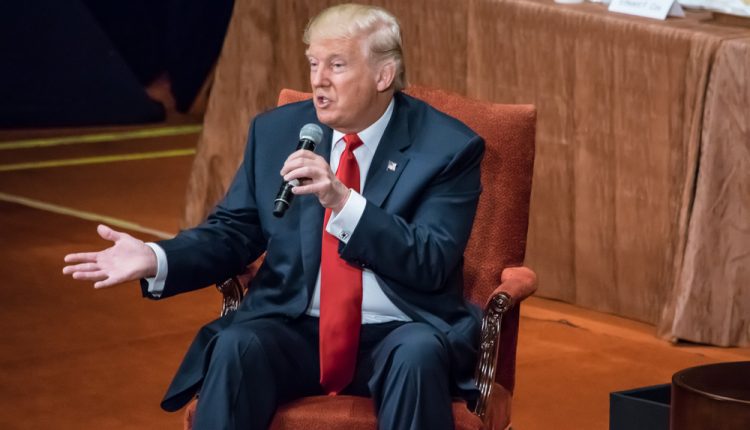 It was a mixed morning for risk sentiment as news stories broke relating to the Trump administration.

Firstly, supporting investor news sentiment, White House officials commented during an address on Monday night that the President would be willing to wait until later this year before sourcing funding to build the controversial wall along the Mexican border. This is being interpreted as a move that can hopefully avoid a government shutdown on Saturday.

Previously, officials from the Trump administration as well as the President himself had suggested that they were seeking funding for the wall as part of the bill required this week to keep the government funded once its current funding runs out at 12.01am on Saturday, marking President Trump’s 100th day in office.

The issue was raised by Trump at a reception with conservative media on Monday night at the White House. Many are hoping that the President’s compromise on this issue will allow democrats and republicans to successfully negotiate the five-month bill that must be passed this week to avoid a shutdown.  The issue of funding the wall was likely going to be fiercely fought between the two parties as the Democrats had previously said that they would oppose any bill which included funding for the proposed border wall.

As the Republicans only hold 52 seats in the Senate, they will need Democratic votes also as 60 votes are needed to clear spending bills. Indeed, some Republicans are expected to oppose the spending bill, so the Trump administration is under even more pressure to gain some democratic support for the bill.

One issue which remains to be cleared is whether the spending bill will include health insurer payments, requested by the democrats, called “cost-sharing reductions”. These payments bolster Affordable Care Act insurance plans by reducing insurer costs for low-income users. An abrupt cessation of these payments would seriously threaten health care markets and could lead to claps of health plans during the year.

In a move which is being seen as negative for sentiment, the Trump administration has announced a 20% tax on lumber imports from Canada and is also promising to apply a similar tax to milk. During the reception for conservative journalists, Trump commented that  “Canada has treated us very unfairly… We have been taken advantage of”.

Adding further detail on the announcement, Commerce Secretary Wilbur Ross explained that the “countervailing duty” would be 90 days retroactive, noting that Canada had been warned to cease subsidising their lumber industry.

The President explained the move in the context of creating jobs in America saying that “it’s going to mean that we’re doing lumber in our own country”. Furthermore, Trump noted that deregulation efforts are already in action at the Environmental Protection Agency and Interior Department to grant logging companies access to federal lands saying “we’re going to actually do our own lumber…we will have access to great amounts of lumber”.

In terms of the environmental aspect the President noted that harvesting lumber from virgin but ageing forests should help them recover saying that “by doing what we’re doing, we’re improving our forests”.  Markets now await details on the expected tax on Canadian milk products.

In reaction to the President’s announcement, the Canadian Dollar immediately fell against the US Dollar. Markets had been braced for possible “war-style” policy announcement following the heavy rhetoric used during the course of Trump’s campaign. Indeed, the BOC themselves noted an element of uncertainty in their outlook linked to the possibility of trade tariffs and this first move by the US is being viewed as a negative for the North American country, with more likely to follow soon.

The rally in USDCAD today has seen price move back up to test the lower part of the resistance zone between 1.3560s – 1.3630s which marks the 50% retracement from last year’s highs and is a key price pivot for the Loonie. USDCAD had stalled at this level since November last year, and a break above here will open up the way for a move up to the next key retracement level; the 61.8% at 1.3839.

Oil markets edgy ahead of OPEC meetings in May