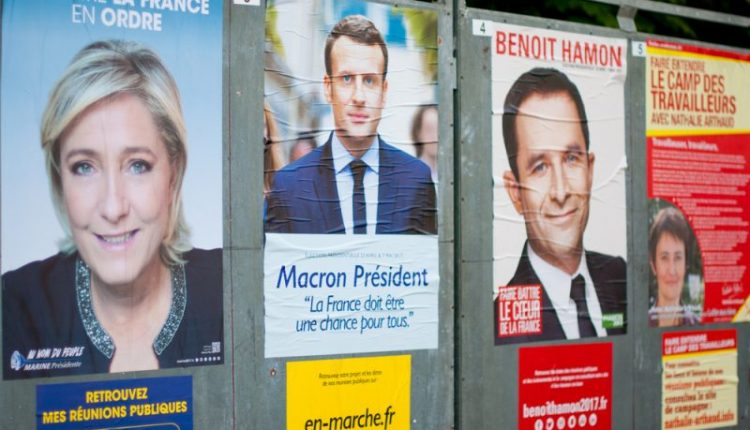 Macron & Le Pen into Final Round

Following the results of the first round of voting which saw centrist Candidate Macron taking the lead with 23.8% of votes and far-right candidate Le Pen coming in second at 21.3%, the far-right leader took markets by surprise by announcing her temporary stepping down from her role as president of the National Front Party.

On first pass, the news saw a spike in EUR as traders interpreted the story as Le Pen’s resignation from the presidential race. However, Le Pen was quick to clarify that she is not withdrawing from the presidential race, merely distancing herself from the NF party to focus on her campaigning. Announcing the move, Le Pen said “So, this evening, I am no longer the president of the National Front. I am the candidate for the French presidency.”

The move is being viewed as a tactical one designed at helping Le Pen attract a wider audience in the second and final round of voting held on May 7th. Le Pen noted that her decision was made based on her “profound conviction” that the President must inspire unity among the French people.

Looking ahead to the second round of voting the polling average suggests a comfortable victory for Macron at 61% of votes to Le Pen’s 39.5%. However, with a large proportion of still undecided voters, it would be foolish to write Le Pen off entirely.

Macron has been publicly backed by President Hollande who, speaking on Monday, said that the far-right would “profoundly divide France” and “faced with such a risk, I will vote for Emmanuel Macron”. The President noted that his former economy minister would “defend the values which will bring French people together”. Macron also received endorsements from losing candidates Francois Fillon and Benoit Hamon who implored their supporters to vote for the centrist candidate.

Le Pen was quick to launch an attack on her rival following the voting results, calling Macron “Hollande’s baby” during an interview. Her labeling of Macron in this manner is being viewed as an attempt to win over supporters of Fillon, who made the same argument during his campaign over the first round, whose support she now needs to be successful in the second round.

The immediate response to the voting results saw EURUSD gapping over 200 pips higher to test key local resistance at the March high of 1.0909. Following Le Pen’s announcement, price subsequently broke above the level buy has since reversed to trade back below. This level is likely to continue to be a key pivot for price heading into the final vote. The top of the medium term bearish channel is also just above, providing the next key resistance level, while support remains below at the rising short-term channel.

US Economy Likely Advanced at a Slower Pace in Q1, 2017