French Elections: What Would It Take For Le Pen To Win? 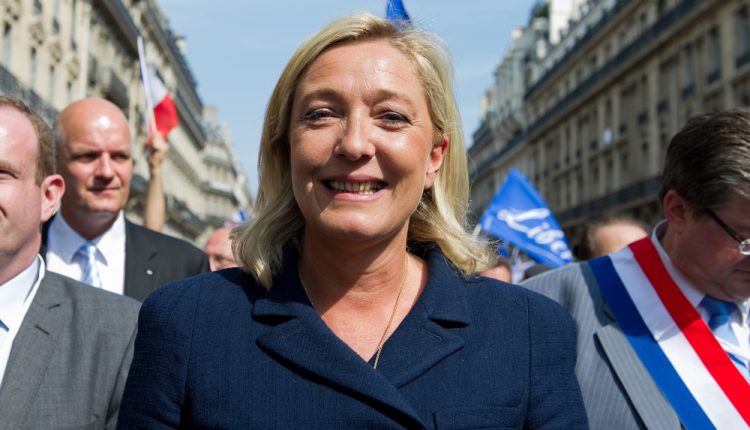 Polls Show Le Pen & Macron Even in First Round

A month out from the first round of voting in the French presidential election, centrist candidate Macron and far-right candidate Le Pen are roughly even in the polls. However, Macron is pegged to win in the second round at 60 – 40. The challenges to Le Pen winning this election are steep: she needs to ensure that her grassroots supporters, who are mainly less educated, blue-collar, rural voters, actually go out and vote and she also needs to close the gap between her and Macron in the polls.

While it is still possible for Le Pen to achieve this, on a mathematical basis, it is going to be hard work. Le Pen will need to convince voters who have said that they will abstain or vote blank in the second round, to change their minds and vote for her.  Abstention and blank votes are an inbuilt safety measure in the French voting system to protect against extremists, and as such, it is difficult to see Le Pen succeeding in gaining the support of this demographic. However, recent terror attacks in Paris and London could provide a boost in support.

Le Pen had consistently led the polls this year for the first round of voting, but over recent weeks her lead has narrowed, and Macron has caught up. Indeed, some polls even have Macron as being slightly ahead, and all polls suggest Macron will win clearly in the second round. However, the accuracy of polls has been brought into question strongly over the last year with Brexit, and the US elections both confounding poll maker’s forecasts and many investors are wary of this hence the elevated uncertainty.

It is important to note the differences between the two electoral systems, however. In America, a candidate needs to win the most electoral college votes to gain the presidency whereas in France a candidate needs to win 50% of the vote to be elected. To put this in context, Trump would not have been elected president in the French electoral system as he lost the popular vote to Clinton. 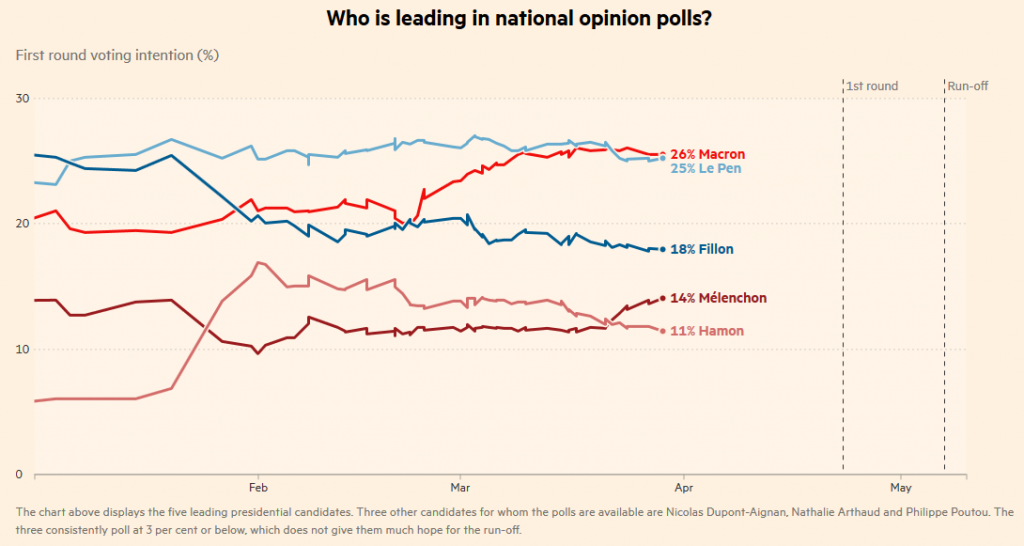 Le Pen Pegged to Win 40% In Second Round

Recent polls suggest that Le Pen is likely to win around 40% of the vote in the second round and as such, needs to make a significant gain in support to grab the extra 10% needed to win.  This will be difficult as her party is strongly associated with extremism. Indeed, a recent survey on perceptions of the national front showed that around 60% of respondents view the party as a threat to democracy. As such she will need to dramatically reshape public opinion over the coming month.

In terms of understanding the support for Le Pen, there are some clear indicators. Le Pen polls very well with most age groups besides the over-65s. This is likely linked to the impact that a French exit from the EU would have on retirement assets of this age group. She also receives the majority of her support from “blue-collar” workers and the less educated. She is also more popular regionally than in Paris.

However, despite her staunch supporters, her appeal remains narrow. The majority of her supporters voted for her in 2012, and she is struggling to gain the support of other voters. Indeed, less than 20% of those who voted for Sarkozy in 2012 say that they would back Le Pen. It is likely that these are the more nationalist and sovereigntist portion of the Republicans which is also confirmed in the polls which show that around 30% of voters who intend to vote for Fillon in the first round would vote for Le Pen in the second.

Battle for The Blank Votes

The other difficulty associated with Le Pen’s support base is that the less-educated voters such as “blue collar” workers and those without a baccalaureat tend to vote in smaller proportion than those with a baccaluareat, who mostly oppose Le Pen. This could greatly weaken her results in the election.

However, the key battleground will be those voters who are either undecided or are intending to register a bank vote in the second round. These currently total around 35% of would-be voters. The question now is whether Le Pen can gain support in this section of the demographic and gain the 10% needed to reach the 50% mark.

US final GDP revision unlikely to impact the markets

Gold & Silver Getting Closer To This Year’s Highs