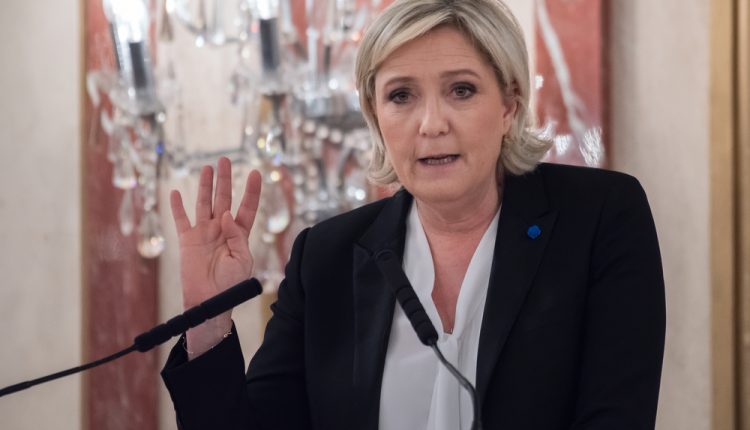 Le Pen Back on Top in First Round

Following a recent surge in support for centrist candidate Emmanuel Macron, the latest polls show a similar boost in support for far-right candidate Marine Le Pen who is now back in the lead and expected to win 28% of the first vote with Macron following at 25%, 20% for Fillon and finally, Hamon last with 15%.

Fillon’s campaign has suffered significantly in the wake of the “Penelopegate” scandal. A poll conducted by Odoxa revealed that 75% of voters want Fillon to resign from the campaign. Furthermore, nine out ten questions believe that Fillon is dishonest with around 75% saying that he is not “convincing” or “close to their concerns”. However, despite sentiment turning against him, Fillon pledge that he will remain a candidate and will not resign from the campaign.

No Mention of The Euro by Le Pen

The first Presidential election debate held this week was noteworthy as far-right candidate Le Pen, who has previously been a vocal opponent to the euro, made no direct reference to the single currency at all.  Instead of talking about reintroducing the Franc and using competitive devaluation, as she has done previously, Le Pen put forward more conventional proposals such as altering taxation on overtime work. The absence of an attack on the euro during this key debate marks a clear shift in Le Pen’s strategy as she looks to moderate some of the more extreme views which might damage her campaign.

Has Populism Topped out in The Eurozone?

Following the elections in the Netherlands and Austria, where Eurosceptic parties were defeated, it is clear that populism in the euro bloc is not as strong as once thought and Le Pen is now seemingly taking this into consideration in her approach. Populist parties in both the Netherlands and Austria both dialled back their proposals in the final weeks of their campaigns.

Markets are now wondering whether this marks the top in the Eurosceptic sentiment in the Eurozone. While sentiment remains strong among those with low education and blue-collar jobs, it seems that Le Pen is struggling to break beyond her traditional voter base and achieve the support of those who have historically rejected the far-right, such as the college-educated, pensioner and company executives.

Le Pen came under sustained pressure during the debate as the other candidates attacked her proposals to slash immigration rates, impose protectionist trade policies and foster friendlier relations with Russia. Fillon noted that Le Pen’s pledge to take France out of the EU would leave the country bankrupt and isolated while Le Pen defended her program of “economic patriotism.”

The issue of France’s place in the EU was given plenty of time during the debate, however, besides Macron each of the candidates seemed unwilling to focus explicitly on the EU. Macron noted that he is firmly in favour of remaining with the EU while Le Pen risked disappointing her far-right fan base by steering clear of the issue and failing to reiterate her position on a “Frexit” referendum.

EURUSD remains firm this week as the risk of Euroscepticism seems weaker in the aftermath of the Dutch elections and with Macron support having risen recently.  The 1.08 level continues to provide local resistance though a break to the topside is looking more likely now. Above 1.08 focus turns to the 1.0975 level which is the 50% retracement from last year’s highs as well as the completion of an ABCD symmetry pattern with bearish trendline resistance sitting just above.