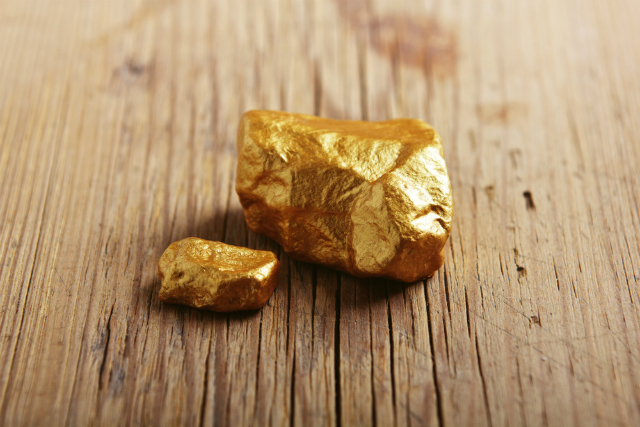 After seeing some initial but brief strength in response to Donald Trump’s election, Gold prices fell as in the week after the election; the S&P500 soared to record highs on triumphant risk appetite.  Trump’s promises of huge infrastructure expenditure and tax cuts felled upwards revisions to US growth forecasts. During this period, investors were seemingly ignoring the negative areas of Trump’s proposed policies.

However, it is precisely these policies, specifically protectionist trade policies, which the President has pursued so far. These trade policies are provoking concern around potential economic damage and consequently have seen Gold prices rising again.  This economic uncertainty is likely to continue to build, keeping old prices supported.

The sensitivity of gold prices geopolitical and social dynamics has been well documented and periods of increased global tension and heightened investor uncertainty typically translate into demand for gold. The perception of gold as a safe haven makes it a favourite among investors during times of market stress and economic uncertainty. Indeed, gold tends to experience demand of this nature even during relatively mild bouts of risk off trading. The current tone of protectionist and populist policy agenda in the US is currently resulting in increased demand for the precious metal.

Studying gold rallies during phases of rising geopolitical tensions shows that gold prices typically rally when oil is also rallying. This dynamic can help explain gold’s lack of sensitivity to certain events such as those in Ukraine, South China Sea, and Syria.

However, this is not to say that gold only rallies in reaction to Oil-centered events but that events with greater global significance tend to provoke a reaction over those regional ones.  For example, gold prices rallied the most during the 2008 and 2009 global financial crisis and also in response to the UK voting to leave the EU.

Gold tends to rally in response to surges in populist sentiment. For example, the unexpected political results with both the Brexit vote and Trump’s election. The World Economic Forum recently published the Global Risks Report for 2017 which cited increasing protectionist and populist policies as a growing concern.

For example, gold prices often rise during periods of reduced world trade and fall during periods of growing world trade. The World Trade Organisation lowered its forecast for global trade this year by more than a third, reflecting falling levels of imports to the US and a slowdown in China. This lowered forecast is the first time in 15 years that the growth in trade is expected to fall below the growth of the world economy.

The collective commitment of the G20 to refrain from currency devaluations could come under pressure if trade restrictions escalate. If key trading countries embark on a path of devaluation, this could spark a fresh wave of currency wars which would lead to a surge in demand for gold.

The longer-term picture for gold shows price is still contained within a broad bearish trend line from the 2011 highs but is potentially carving out a long-term inverse head and shoulders pattern. In terms of recent price action, the rally this year has taken price up to test key local resistance at the October lows at 1240.56.  A break back above this level opens up another retest of the long term bearish trend line.

Germany Posts Trade Surplus as Officials Hit Back at Currency Allegations From the U.S.