Is The Canadian Dollar Heading Lower? 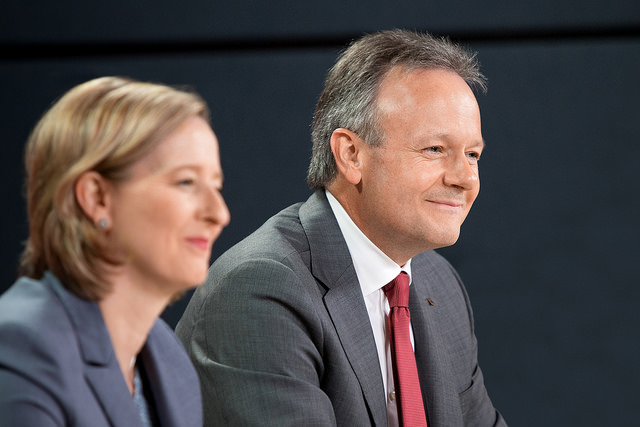 0 211
Share
Stephen Poloz, Governor of the Bank of Canada

Despite remaining firm in the wake of the recent BOC meeting, there are a few issues clouding the outlook for the Canadian Dollar: a too hawkishly priced rates market, increased risk of US protectionism and an economy which remains weak.

Although the rates market has adjusted following the January BOC meeting, it is still pricing too hawkish a path in light of the BOC’s outlook and commentary. Poloz noted that “fundamentally, not much changed” since the last Monetary policy review in October: the growth forecasts were mostly unchanged, the bank still expected the output gap to close in mid-2018, and the significant level of uncertainty around the outlook was “undiminished.” Poloz also noted that the only material change had been the US election but argued that US fiscal stimulus would have only a “very small effect” on Canada.

Notably, the BOC didn’t model the potential negative impact of increased trade protectionism which it is “particularly concerned about.” CAD is now stronger than it was at the time of the October MPR while 10Y yields are over 50bps higher, representing tighter financial conditions. Although they haven’t explicitly stated an easing bias, Poloz certainly seems concerned about the level of potential downside risks.

However, the rates market is relatively unchanged following the meeting, and USDCAD has fallen back down to 1.31, the level at which it traded before the meeting. In addition, we are now significantly away from the pricing shortly after the October meeting, since which the BOC has noted that not much has changed. If the market is pricing a flat rates curve, the prospect for CAD weakness is significant as demonstrated by the relatively tight relationship between USD-CAD front-end rate differential and CAD in recent years.

CAD is not pricing the increased risk of protectionism

Trump has never specifically targeted Canada, and his administration has in fact sought to assuage fears linked to the renegotiation of NAFTA. However, Canada is at risk from unintentional consequences linked to the NAFTA renegotiation. Canada’s heavy reliance on export growth to lead the non-Oil sector leaves the country particularly vulnerable. Canada also needs to consider the issue of border adjustment as the 20% proposed by House Republicans, would impact all countries equally and as a major trading partner of the US, Canada is likely to be heavily impacted.

The market has clearly priced the impact of protectionist measures against MXN but not against CAD. It seems that the market is overlooking the fact that Canada is as reliant on its trade relationship with the US as Mexico is. Although border adjustment is not the base case scenario, it does still pose a risk.

Typically, one view of trading CAD has been to look at it as a mini-USD, with CAD usually benefiting from upticks in the US economy. However, recently, the Canadian economy has not improved in line with the US.  As the US output gap has been narrowing, sticky GDP growth means that Canada’s output gap has widened.  Trade balance data improved sharply in November, however, this was fuelled mainly by the increase in commodity prices.

Indeed, non-commodity exports, which have typically disappointed the BOC, have not rebounded and have remained at roughly the same level since mid-2015.  Even more concerning is the fact that the BOC’s core inflation measures have decelerated in recent months with common CPI sinking to levels last seen in the mid-90s. While the simple average remains near levels of the last three years, the sharp decline has caught the BOC’s attention.

Although bulls will point to some positive data points such as consumption growth, employment growth and the rebound in the Q4 business outlook, the BOC noted that the market took these readings as bullish simply because it has become used to the Canadian economy disappointing.

Oil No Longer as Important For CAD Movement

One element that has been supporting CAD over the last week is Trump’s approval of the Keystone XL pipeline. Oil prices, which have also been rebounding higher since the US election, have also added support for CAD.  However, unless oil prices can break meaningfully higher or lower, they are unlikely to affect much change in CAD. The Keystone XL pipeline should be a long-term positive for Canadian oil production but only marginally and so is unlikely to impact the medium-term outlook.

Though CAD’s reaction last week shows that the currency is still vulnerable to Oil news, as energy exports have fallen to just 13% of total exports, minor changes in Oil prices simply aren’t as important for CAD anymore. The market has clearly started to consider this dynamic as the correlation between Oil and USCDAD has broken down since mid-2016. Whilst there is still a risk that CAD strengthens, it is unlikely to do so as a result of Oil price changes.

USDCAD is currently seeing choppy price action. Having broken down through the rising trend line from last year’s lows, the price is currently challenging structural support at the 1.3080s level (December ’16 low).  The next key support level is at the 1.2995 level (Mid-September & October ’16 lows). Bulls will be looking for price to reclaim the bullish trend line to signal a return to CAD weakness.

Tricks of the trade – The Head and Shoulders pattern, Part 2