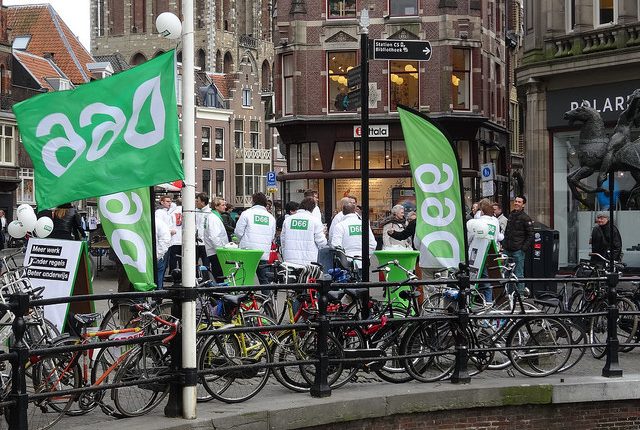 The build-up to the March 15th Dutch elections will be watched by the market very closely. Current polling indicates that Geert Wilders’ anti-EU Freedom is ahead and likely to win over 30 of the 150 parliamentary seats. The party has called for “de-Islamification” of the Netherlands and pledged to withdraw the country from the EU. If the polls are correct in predicting strong support for populism by the Dutch, it could fuel fears of a similar showing in the upcoming French elections.

Although this is clearly well below the amount needed for an outright majority, it is important to note that The Netherlands has one of the most proportional voting systems in the world and no political party there has ever won an outright majority.

The nature of the Dutch voting system means that lots of players can look to form coalitions. In 2012 there were six parties that won more than 12 seats. So far, the mainstream parties have each rule out a coalition with the Freedom Party. Provided that they stick to this, it would be difficult for Geert Wilders to become PM. Any coalition also requires the confidence of the upper house which is not up for election and where the Freedom Party only hold 9 of 75 seats. The members of the upper house are not directly elected but instead, indirectly elected by provincial councils within three months of provincial elections. The last provincial elections were in 2015 and take place every four years.

Current polling suggests that a coalition without the Freedom Party would need at least five parties. Given the situation, The Netherlands could find itself in unprecedented territory where it isn’t possible to form a coalition. To break any deadlock, the Freedom Party could opt to support a minority government as it did in 2010. However, if it does become the largest party, it may clearly seek a formal coalition with cabinet posts.

Any form of support could prove costly as the Freedom Party could demand a single concession such as an EU membership referendum. Under the Dutch constitution, it isn’t possible to hold a binding referendum, but there could still be an advisory referendum and as was proven last year in the UK, the will of the people might yield a surprise.

The prospect of a Dutch referendum on EU membership would unsettle markets, elevate investor uncertainty and so any strong support for the Freedom Party in the Dutch elections is likely to weigh on risk appetite especially as it could provoke the fear that France may elect the Eurosceptic Marine LePen its next president. A vote by The Netherlands to leave the EU, on the back of the Brexit vote, would pose serious questions for the future of the Single Bloc, after having been rejected by two of its founding members.

The surge in populist support in Netherlands seems to reflect more social, rather than economic, factors. Indeed, the Dutch economy has performed well over recent years, outpacing the EuroZone average for growth.   Unemployment has also steadily declined to sit at 5.6%, down from nearly 8% in 2014. This is much lower than the EuroZone rate of 9.8%

The Dutch elections, to elect all 150 members of the House of Representatives, will be held on March 15th.

Ahead of the elections, EURUSD is currently under pressure sitting just above the 2015 low having pierced the level several times over recent weeks.  EUR is under pressure across the G10 space today

EUR is the weakest performing currency across the G10 space over the last 24 hours whilst USD has seen the most demand.