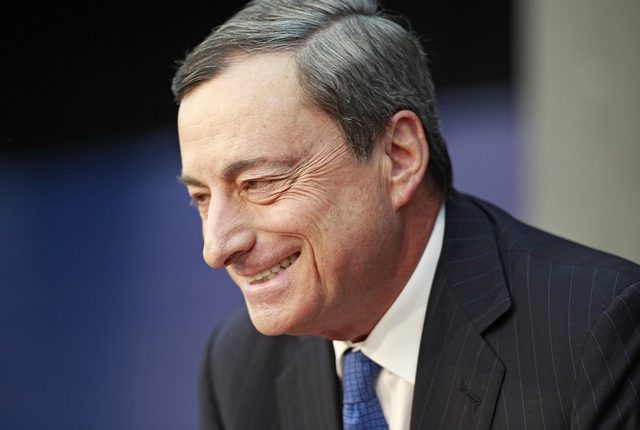 The December ECB meeting provided just as much volatility as we were expecting. The central bank announced at the meeting that they would be extending their QE program beyond the current March 2017 end date to run until December 2017 or beyond if necessary. In addition to extending the program, the ECB also noted that they would be reducing the scale of asset purchases from 80bln Euros a month to 60bln Euros a month starting in April 2017.

However, the bank also clarified that there is scope to increase either the size or duration of the purchases if the outlook becomes uncertain or should financial conditions become inconsistent with achieving further progress towards the bank’s inflation goal.

The likely fundamental reason for reducing the purchases amount is simply that 80bln Euros per month is too high in the context of an improving macro backdrop. Risks of “deflation and de-anchoring expectations” have now become more of a tail event compared to Q1 2016. Indeed, when the asset purchase program was increased to 80bln Euros from 60bln Euros in Q1 2016, the ECB presented it as frontloading QE.

The reason for expecting QE to continue into 2018 is mainly aligned to the fact that inflation dynamics do not yet appear self-sustaining meaning that the EuroZone will continue to require a high degree of monetary policy support, albeit at a lower pace than the current level.

The market reaction to the December ECB meeting reflected a Dovish message from the bank. Short term interest rates moved lower; equities moved higher, and the currency moved lower. The response here suggests that the market is interpreting the move as a mistake by the ECB.

Alongside the broader policy adjustments the ECB also made technical adjustments to the parameters of the QE program. The bank removed the yield floor from their PSPP program meaning that they can invest in assets yielding below the depo rate which is currently set at -40bp. During the press conference, Draghi highlighted that this is an option and not a necessity. The bank also extended the qualifying EGBs for the PSPP program to those maturing between 1-2 years meaning that the program can now buy bonds with maturities between 1 – 30 years.  Despite the adjustments made today there is not yet any indication that the bank will remove the capital key due to the moral hazard implications.

Finally, the ECB also updated their staff macro projections which now include forecasts through to 2019. The ECB kept growth projections unchanged vs. their September forecasts. However, HICP inflation is now forecast to reach 1.7% by 2019 up from 1.5% in 2018 and 1.3% in 2017 whilst the forecasts from 2017 and 2018 were only marginally changed by +0.1% and -0.1% respectively.

The technical landscape for EURUSD reflects renewed bearishness. The rebound higher found resistance at the 1.0850 area that we highlighted last week. Price retested the broken October low and the broken trend line support and was turned lower. Price is now currently stalled at support at a test of the rising trend line from last year’s lows.

Reviewing China’s Inflation Data: Why This Is Important For Traders