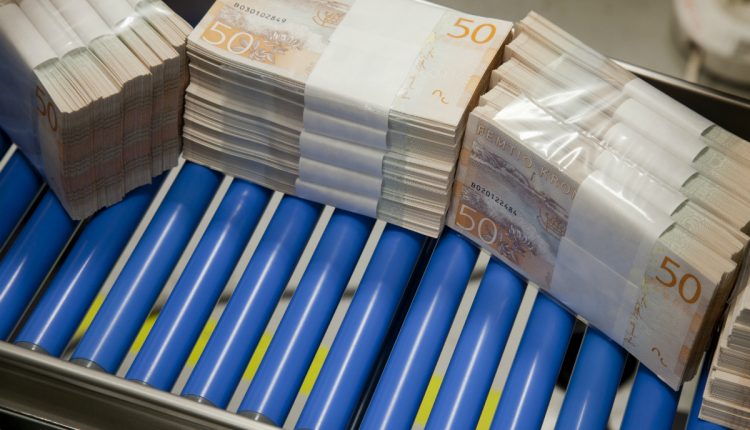 Sweden’s Riksbank kept rates on hold today at -0.5% in line with market expectations. The meeting had a broadly Dovish Tone with the bank noting that they expect to keep rates lower for six months longer than previously anticipated. The bank also noted that they are “ready to extend” bond purchases in December.

The statement noted that “The Riksbank now assesses that it will take longer for inflation to reach 2 percent. The upturn in inflation, therefore, continued strong support. The Executive Board assesses that the repo rate needs to be held at the current low level, −0.50 percent, for six months longer than was assumed in September. The Board does not expect to begin slowly raising the rate again until early 2018.”

Inflation continues to disappoint with the September reading of 0.9% falling well short of the central bank’s 2% target. Inflation has remained roughly flat over the year moving from 0.8% in January to highs of 1.1% in the summer before moving back down to 0.9% at the last reading.

Of particular concern for the Riksbank will be the breakdown of prices which highlights weakness in contributions from food, core goods and services which have all slowed and are only being partially mitigated by rising energy prices.

The recent failure of strong domestic demand to fuel rising prices is likely to concern the Riksbank. Indeed, the central bank’s latest business survey showed the difficulty that firms are facing in increasing prices due to competitions and online sales. The recent underperformance of the krona likely reflects risks that the Riksbank look to fuel inflation via further weakening of the exchange rate

In terms of further easing, it is questionable how much scope the bank has left for further easing via the asset purchase channel. With total purchases set to reach 40% of the government’s stock of outstanding debt by year-end, the central bank is facing scarcity problems. Consequently, Sweden’s debt management office are becoming increasingly concerned about market liquidity.  Should the Riksbank extend QE into Sweden’s large vault of covered bonds, this would run counter to their previous macro-prudential measures.

The interest rate channel however still has some scope, and unlike in Europe and Japan, concerns about bank profitability are less acute in Sweden as Swedish banks mostly failed to pass on the last repo rate cut in February.  However, recent Krona weakness is likely enough to see the Riksbank remain on hold this time around especially in the context of increased US rate hike expectations heading into the last two months of the year.

USDSEK continues to rally in the wake of the rate decision with the Riksbank’s easing bias now confirmed and traders selling SEK accordingly.

Norway’s Norges Bank also kept rates on hold at 0.5% today at their October meeting. NOK has been mildly bid on the back of the meeting which saw the bank citing recent economic developments as being in line with their September projections and thus are satisfied for now.

The bank noted a stronger NOK and higher Oil prices than initially forecast. The bank also noted that domestic capacity utilization is in line with the bank’s projections although household debt and house prices remain higher and consumer prices have been more subdued than forecasted. Whilst Norwegian inflation had been steadily rising over the year to mid-summer, it has since dropped back to levels last seen in June.

USDNOK remains capped by the bearish trend line resistance from June highs ahead of key structural support at the year to date low.

Your guide to trading Sugar Futures at Orbex.com