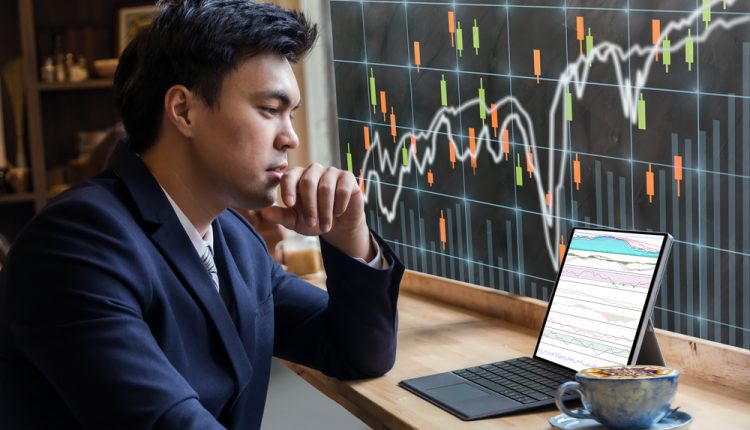 There are a few basic concepts in the realm of technical trading which can be thought of as cornerstones for the entire spectrum of technical analysis. Among these, perhaps the key element which serves as a foundation upon which to build further analysis, is the concept of support and resistance.

Let’s look at what Support and resistance is and what it isn’t.

Support and resistance are areas on a chart where we expect to see a reaction from price, typically reversing lower from resistance and trading higher from a test of support.

However, these lines are not just arbitrarily drawn on to the chart at random locations and simply because you apply a line to a chart does not mean that price is going to reverse there. You have to identify the correct locations.

When we are looking to find support in the market, we need to look for areas where the price has shown a tendency to reverse higher, indicating strong demand, which we then anticipate will continue to play out the next time price trades into that location.

In the above example, we can see that price made an initial low, bounced, then retraced back down to test that low but failed to break below it and bounced again. This confirms to us that we have good demand at that level as the price has reversed higher from the area twice.

Once we identify this reaction, we can go ahead and mark in our support level which is marked as a region between 1.5447-1.5462 and then anticipate that if price trades back into that zone, demand is likely to continue to support price. Look what then happens each time price comes back down to test that support zone. Price trades back into that level 3 further times and each time we see a strong bounce.

This is a textbook example of support, created and perpetuated by strong demand.

However, at this point, it is vital to point out something which many new traders fall foul of, which typically leads to poor trading. Just because the level is holding does not mean that it is getting stronger.

A certain amount of demand exists at the level initially to create the support. Not all of these orders are filled first time around and so as price returns to this level, more and more of the initial orders get filled, which keeps price supported.

Alongside this, we have new buyers stepping in taking advantage of the support zone. However, as price fails to break meaningfully higher and instead keeps coming back down to test that zone, before long all of the original orders get filled, and there are no new buyers stepping in at that level. At that point, supply outweighs demand and price breaks down.

So, whilst playing a support level in the first few tests can be a great way to take a trade with good risk: reward, once you see a “mature” level with several touche, you should adjust your thinking and be looking to play a breakout beyond the level. This can be an especially good way to gain entry to a trend.

Let’s consider this scenario in terms of resistance which as we mentioned earlier is created by a build-up of orders to sell, called supply, and is the exact opposite of support.

In the above example, you can see we have a market which is trending nicely higher putting in a series of higher highs and higher lows. However, once we trade up into the late .99s, you can see we get a big resistance level form which we know is created by a build-up of orders to sell.

Once we identify this resistance level, we know that there is a good opportunity to sell further tests of the level as we expect that supply will continue to drive the price lower. However, another, and perhaps better opportunity is to wait for all the supply at the level to be absorbed and for the price to break higher and continue its bullish trend.

Finally, we need to consider what is perhaps the most important aspect of support and resistance which is the changing nature of these levels.

We’ve talked already about how a build-up of orders to buy creates demand, and a build-up of orders to sell creates resistance, however, we have also discussed how these order zones can eventually be absorbed leading to price breaking through the level. Once the level has been broken, its status then changes; in the case of broken support it now becomes resistance and in the case of broken resistance it now becomes support.

In the above example, we can see that we have a really solid support zone with two big reactions indicating the presence of strong demand in the market. However, as price trades back down to test the level for a third time, there is a lack of demand and supply is far stronger at the level which leads to price breaking down below.

Once the price has broken below we now know that supply is stronger at the level than demand, and so we can anticipate that if price trades back up to test the level, that’s supply will remain strong, and the level will now act as resistance, and you can see that is precisely what happened.

This shifting order flow dynamic between supply and demand is what drives price action and creates the support and resistance levels on your charts and is present on all time-frames and in all markets.