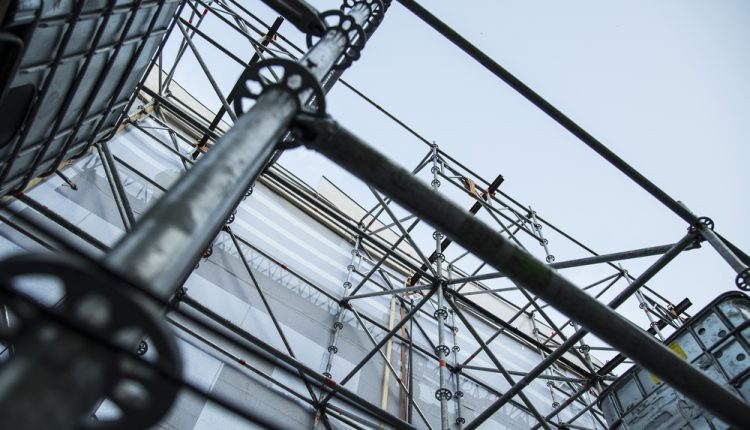 The idea of symmetry and moves of equal length is at the core of Harmonic Pattern Trading and another key structure which focuses on this concept is the 1-2-1 pattern.

The ideal measurements for this pattern are whereby we see the XA leg retrace between 61.8% and 78.6% of the initial XA leg and the CD leg retracing between 50% and 61.8% of the XC leg.

The pattern (which is a bearish version in this example) starts at highs where we get our initial directional move and correction. The correction runs up to the 78.6% of the initial XA leg, we then sell off and trade lower. We break down to form new lows and then as we start to correct higher you can see that the move we make at this point here, the CD leg of the pattern is exactly the same length as that of the AB correction and completes into the 50% retracement from high, so the XC leg.

You can really see here just how powerful these patterns can be and again they can provide fantastic with-trend entry points, especially on the higher timeframes like this where the resulting move can be a really big one. You can see here that after completing at roughly 128 price traded all the way down to 122 lows, around 600 pips worth of profit.

The 1-2-1 pattern is actually a pattern whereby we can look to identify harmonic confluence to further strengthen our case for trading the pattern and one particular dynamic that can often occur which makes the pattern even more powerful is whereby we get an internal ABCD pattern which forms in the CD leg of the 1-2-1 structure.

The image above shows a diagram of the dynamic we are looking for.  We want to identify a 1-2-1 pattern, but where the CD leg of the pattern actually encompasses a smaller ABCD pattern. Where we have these two patterns completing at the same level, we have strong harmonic confluence, and this really increases the likelihood of the pattern producing the anticipated reversal.

Here you can see an example of a larger 1-2-1 pattern with an internal ABCD pattern completing in the final leg of the 1-2-1 pattern.

Where we can identify a confluence of patterns like this, these are really great setups to look to trade an again we have the general trend direction on our side whereby price is moving within a clear bearish trend structure, and this pattern is forming as a correction within the structure.

The final structure that we’re going to take a look at in this session is actually an adaptation of the Gartley pattern, and that is the Butterfly pattern.

The basis of this pattern (referencing the bullish version)  is that we have an initial XA move in price, a correction higher to the AB leg, which retraces 78.6% of the XA leg, followed by a retracement lower over the BC leg which falls between 38.2% and 88.6% of the AB leg and then finally a push higher over the CD leg which actually takes price above the initial XA leg high and into the 127 – 161.8% extension of the XA leg where there should also be confluence with the 161.8 to 2.618% extension of the BC leg.

So whereas the Gartley pattern completes within the original XA price swing, this pattern trades beyond the XA price swing to complete beyond the high of X in a bearish pattern and below the low of X in a bullish pattern. Unlike the previous patterns we’ve looked at there is no symmetry in this move. There can be if the BC leg retraces perfectly to the 38.2 but generally the BC leg runs deeper, and so the CD leg is longer than the AB leg.

Here we have a perfect example of a Butterfly pattern in play. You can see we have our initial XA leg, then a retracement up to the 78.6% of that XA leg, before retracing lower to the 61.8% retracement of the AB leg, and then finally we get that last drive higher right up into the 127% extension of the XA leg, which also holds the 161.8% extension of the BC leg, before price collapses lower.

So, a great example of just how powerful this pattern can be. You can see how the completion of the pattern represents a capitulation in the price action.  We get that initial drive higher which is rebuffed, the price then attempts that high again, but fails just shy of it before finally, we get one last drive that sees price clear above both those two highs before sharply reversing and selling off.

Typically, this is a pattern that occurs in line with a good stop run. We get the lower high which sees shorts starting to build with stops just above the high, we blow up through those highs, clear out those stops, sucker in some breakout traders above the high and then reverse lower. Again, considering the location of the pattern, where we see this pattern occur at the top of a corrective structure within a clear trend this capitulation can be a great tell-tale sign that the correction is now exhausted and we’re likely to see a resumption of the trend.

So, hopefully, by now you have a clear idea of the sorts of opportunities that harmonic patterns can afford you in the markets. Harmonic patterns really complement other traditional methods of technical analysis such as trendlines, support and resistance price action and can even be used in conjunction with indicators.

What Matters in Today’s US GDP Figures?