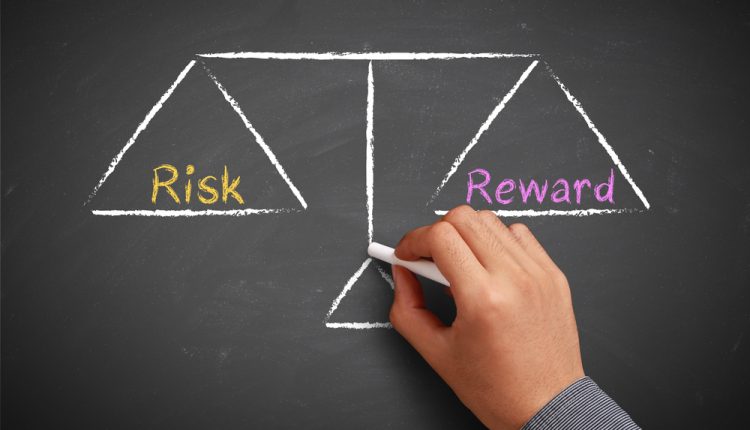 Learn From The Best

First entry into any new endeavour is fraught with challenges and in the pursuit of excellence, the experience is a priceless asset. New traders can, however, expedite their learning process by avoiding the typical mistakes that rookies make and instead listening to and learning from the wisdom of those who have already achieved success. Among the key tenets set out by the trading elders, one particular aspect stands out as being a vital element in trading success, one which if understood and utilised early on, really can help traders advance far quicker than their peers.

So, which “golden rule” are we talking about here?

To any traders who have been in the game for a while, they will, of course, understand immediately what this refers to but for new traders, this can often be a notion that needs a proper introduction.

The essential thinking behind this premise is that to achieve real and sustainable success in trading; a trader must always stand to make more on a winning trade than they risk. The golden numbers here are 2 x risk and 3 x risk. Meaning that if a trader generally makes at least 2 – 3 x more than they risk, they stand a high chance of being successful.

The reason for this might be quite clear, but many new traders still struggle with this notion and end up getting involved in the sub-par trade, from a risk: reward perspective, which sees them merely spinning their wheels by going through winning streaks only to give it all back during the drawdown.

If a trader’s profit target is only ever equal to the amount they risk, then in order to be successful that trader must always trade with a hit rate of more than 50%. If this hit rate isn’t sustained, the trader will fail.

Conversely, if a trader trades with a profit target of at least three times his risk then in order to be successful, then that trader needs only achieve a 30% win rate. This dramatically lowers the barrier to achieving success in trading and means that during winning streaks of up to 70% win rate the trader will experience outsized gains but most importantly, will limit his losses during drawdown and be able to quickly recoup them with winning trades.

Here is a quick summary to give you an idea of the way your R:R affects your need to maintain a certain win rate.

Understanding the true function of risk vs. reward protects against falling into the trap which so many traders fall foul of which is focusing on win rate instead of risk reward. Many new traders feel that to make money and be successful in trading they need to be winning all the time even if it means banking only 1 x risk and in even worse cases banking less than they risk.

It is not uncommon for traders at some point to try out what is referred to as inverted risk reward whereby, for example, a trader risks 100 pips to make 25. The premise behind this domed method is that such a small profit target greatly increases the chances of hitting it, and a stop so wide lessens the chances of being stopped before the target is hit. However, the issue here is that for every four winning trades, 1 loser will erase those gains meaning that the trader needs to trade with a minimum 90% hit rate to remain profitable.

So, when trading makes sure that you always win more than you risk and look to achieved a solid multiple such as 2 x risk or 3 x risk.

The problem, however, is that simply attaching an arbitrary risk:reward ratio to your trading means nothing. If you get into a trade and say that you won’t exit until you’ve hit 3 x risk you might be damaging yourself because perhaps your trades never make it that far and always come back on. However, what if analysis of your trading showed that at least 40% of your trades reached 2 s risk? Then you could look to make that your profit target, knowing that you stand a decent chance of reaching that level and again ensuring that your trading is profitable.

To properly identify a correct risk reward ratio means studying your strategy and your results to properly understand your trade expectancy. This requires either studying a strategy backtest and identifying these parameters or analysing live data to determine these results.

Each Trade Is Not Equal

It also means being conscientious with your trading and learning to “sit on your hands” and avoid trades which don’t have favourable conditions to offer you the necessary risk reward.

For example, in the above chart, the trade would have identified the breakout move above recent highs, then waited for a brief period of consolidation before trading long on the break above new highs. With this trade, they would have been aiming for a minimum 2 x risk.

However, looking at the higher time frame shows that the trade was directly into major long term resistance and as such presented poor risk-reward because the chances of the trade reaching the target were extremely poor given the proximity of such strong overhead resistance.

Multi – Time Frame analysis can be an invaluable tool when analysing the charts, to learn more about how to apply this form of analysis and how it can help you avoid common trading errors, you read the article here.