Trading The Trend With Momentum Indicators 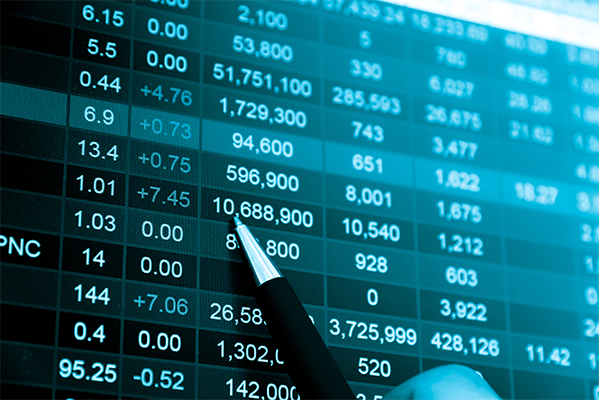 Of the vast array of trading methods employed by traders the world over, trading with the trend has long been proven to be the most consistently profitable trading approach in the long term. However, new traders can often struggle with this method which, although simple in theory, can be a little trickier in practice. One of the main reasons for this is simply difficulty in determining the trend.  We first of all must consider what we define as a trend

A trend is a series of prices following a clear directional bias allowing us to anticipate a continuation in that direction.  The easiest way to determine a trend is by looking at the swing highs and swing lows that price makes to establish. If each high is lower than the last and each low is lower than the last, then we have a bearish trend.

If prices seem to be rotating between a high point and a low point, not making any clear directional moves, then we have no trend and the market is considered range-bound or “choppy”.

However, the difficulty tends to arise once price moves into a period of short term dislocation with medium or long term trend.

In the example above you can clearly see that we have a well-defined, mature bearish trend with price following an orderly series of lower lows and lower highs, however in the highlighted region you can see that price sustains a sharp rally which presents a short term bull trend against the long term bear trend. These can be the periods which new traders find most difficult to trade.

However, retracements occur in every trend and they are vital to the continuation of the trend as they provide an opportunity for larger players to move back into the market or establish fresh positions, which keeps momentum loaded.  However in the short term, new traders can often get caught up trying to play a resumption of the trend a little too early and end up getting stopped out of their trade just before the market rolls over again.

Timing The Market With Momentum Indicators

Using momentum indicators can be a fantastic way to guard against this type of behaviour by helping you to pin point areas where the short term trend is likely to exhaust and then fall back in line with the dominant trend.

The stochastics indicator, one of the most popular momentum indicators in trading, measures prices against a range over a certain period of time to identify the market as either overbought or oversold. The premise is that when the market is overbought, momentum is over-extended to the upside and likely to correct lower, and when the market is oversold, momentum is over-extended to the downside and likely to correct higher.

So how is this useful to us?

Well in the context of trading with the trend, momentum indicators can help us identify those periods when exhausted momentum is likely to lead to the resumption of the trend.

So, in a bearish trend we want to identify areas where momentum is overbought, meaning that the correction has likely exhausted its momentum, and will then correct lower and we will see a continuation of the bearish trend.

Similarly, in a bullish trend we want to identify areas where momentum is oversold, meaning that the correction has likely exhausted its momentum and will then correct higher and we will see a continuation of the bullish trend.

So, in a bearish trend, any time price is rising and the indicator has yet to cross into overbought territory we should not be looking to sell as price is likely to continue higher or, at the very least, has scope to continue higher.

When using momentum indicators to time your trades you should be looking to enter once the line crosses back over the threshold.

Momentum indicators can also be extremely useful in measuring the continued strength of a trend and alerting us to a potential trend reversal.

In this price series you can see that in the initial stages of the trend, each new price low registered a new momentum low on the indicator showing that the trend was strong and sellers were driving price meaningfully lower on each decline, however, at the coloured region you can see that momentum actually starts to wane and although price continues to move lower you can see that momentum is failing to make new lows and is starting to put in higher lows. This divergence, which in this case is bullish divergence, signals faltering bearish momentum in the market and building bullish momentum, and alerts us to a potential reversal higher. The implications here are that if you are in a bearish trade and you start to see reversal signs such as this then you know it’s time to start thinking about covering some of your position.

Hopefully now you can see some of the ways in which using momentum indicators can help to improve your trend trading both helping you to time the entry to your trade and also alerting you to the potential of a trend reversal.