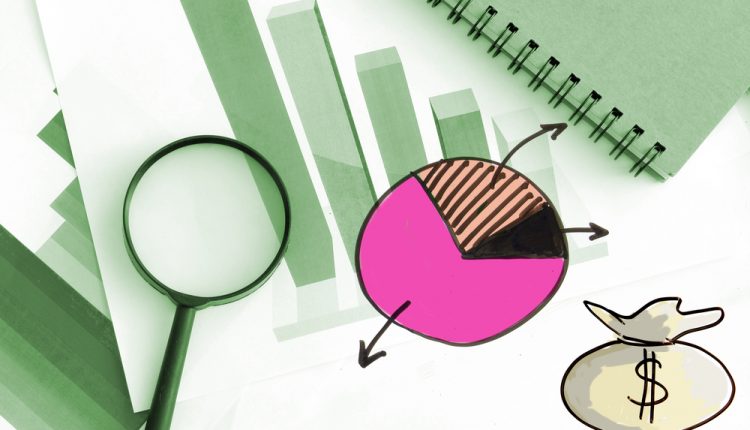 Intra-day trading continues to be a big lure for many new traders. The pre-conceived “all-action” image of trading is far better conveyed among the sharp gyrations and endless “quick moves” of the lower time frames (LTF) than the slow, drawn-out moves gradually take place on the higher time-frames (HTF). Yet it is precisely this desire for action and the lure of “easy money” which leads many new traders to their downfall and sees them prematurely exiting the trading world with another tale of woe to add to the endless list of trading nightmares.

The Wood For The Trees

So the question is, should new traders simply abandon lower time frame trading, avoiding the volatility and the noise and instead opt for the slower waters of the higher time frames?

In short, no. You see the issue is not with the lower time frames themselves but more in how most new traders approach lower time frame trading which is to get so bogged down in looking at the 5 and 15-minute charts that the fail to consider what is happening in the bigger picture.

The truth is, multiple time frame analysis doesn’t just apply to the 5 and 15-minute charts but every situation whereby a trade is just focusing on one chart instead of considering a longer run view of the market.

A favourite method of many new traders is the breakout. Whilst with-trend breakout trading has proven itself over time to be a stalwart of the professional community, in the wrong hands it can be an easy way to lose money.  The typical approach the new trader takes is to open up their 5 or 15-minute charts, identify a support/resistance level and then look to jump on price as it breaks through that level. So many times, however, the trade is left frustrated when the move, after looking good initially, simply reverses sharply and takes them out.

Why is this? Well, there are all sorts of reasons that drive price action, but the typical one in this scenario is that price simply ran into a higher time frame level and bounced.

In this example we can see price in a bullish trend, before stalling out and entering a brief – range bounce period. The trader marks the high of the range anticipating a breakout and jumps in as price blows past the high expecting to see another big move to the upside but is left shocked when after a small time in profit, price reverses and takes them out.

Consulting the higher time frame would have alerted them to the fact that the area at which they were trying to catch a breakout was actually directly into a major HTF level, a Daily double top. Trading into key HTF levels like this is to be avoided at all times and when trading on the LTFs you should always have you HTF levels marked on your chart to ensure you are aware of the major levels.

Trading against the HTF trend & momentum

Another classic mistake that newer traders tend to make when trading the LTF is trading against the dominant HTF momentum. Capturing winning trades is all about momentum and making sure it is on your side. Catching momentum at the right time can see a trade move quickly into your target level whilst entering when momentum is against you, can see a trade move quickly to your stop level.  In the same way, that traders like to use LTF level to trade breakout, they also like to use them to fade support and resistance. Again, it isn’t to say that this method just doesn’t work, but when used incorrectly it can be disastrous.

In this example, similar to what we saw in the first once, price once again breaks out above a clear resistance level only to run out of steam and reverse. This time, however, the reason is not because it ran into an HTF but simply because the position was counter to the dominant HF momentum.

Consulting the H4 chart with a basic RSI indicator attached shows that price, during this period, was actually showing exhausted bullish momentum. Considering that price was in bearish trend period, this period, instead of presenting a long opportunity, was actually a great zone to look for shorts in in line with the dominant momentum in the market.  You can see highlighted on the chart, two prior periods where momentum was exhausted to the topside before price reversed lower.  As part of their chart study, traders should look to assess the momentum indicators on the HTF to establish what phase the market is in, then look to align with that momentum on the LTF

The final mistake that leads so many beginner traders into trouble is the poor placement of stops, again because the trade is too caught up in the time frame they are trading and not considering the bigger picture.

In this example, the trade identifies a good Double Top formation and accordingly sets a short position with a stop placed just above the high. The idea is that if the trade is right, it will fall down to the low point of the price series whereas if the price moves back above the high of the double, top the trade is likely to fail. The trade is initially working well and moves in to decent profit, however price then reverses and trades higher. Price trades right back up through entry and takes out the traders stop above the high of the double top. Price trades a short distance higher before reversing and cascading lower, all the way down to what would have been the traders target.

If the trader had looked at the daily time frame he would have seen that there was a major structural level just above the trade location and given the importance of these key HTF, and the fact that price loves to come back and retest these levels, the trader’s stop should at the very least have been above that level to allow for market to test that level and reverse which is exactly what happened. Trading in this manner is short sighted as although the initial stop placement might have seemed like a good idea and presented great risk reward, the likelihood of the stop being hit was very high as the stop was under a key HTF resistance level.

Traders should always be aware of these key HTF levels making sure that they don’t trade into them (as we saw in example one) but also, that if they are taking trades nearby, their stops are places beyond these major levels. Not only do these levels need to be considered for stop placement but in trending markets, these can also be fantastic entry points as the price will very often retest broken support in a bearish trend and broken resistance in a bullish trend.

Trading is a process, and successful trading is simply a function of identifying the correct processes and applying them consistently. To instantly improve your trading, Build multi time frame analysis into your chart study and follow the process of identifying key HTF levels and establishing the dominant momentum and trend phase and avoid the trap of getting bogged down in just one-time frame.