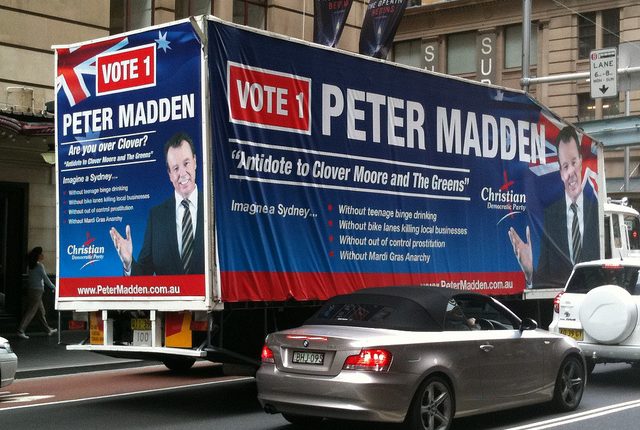 With the global significance of recent political events in Europe taking centre stage, market attention is currently diverted from a number of important developments taking place elsewhere in the world. Among these is the sizeable shift sentiment which has occurred in the Australian Dollar in recent months which now looks to have found a fresh catalyst for renewed downside with the 2016 general election having failed to produce a clear winner.

The political stalemate that arose from Saturday’s general elections in Australia has two potential consequences:

1) The first is that significantly weakens the chance of corporate tax cuts being pushed through, damaging business confidence and subsequently putting pressure on the RBA to provide the stimulus needed to boost the economy.

2) Secondly, there is now a higher chance that Australia loses its AAA credit rating and whilst this might not be a huge shock to foreign bond investors, the bigger risk is to banks’ funding costs which could deteriorate to the level where they either have a hard time passing on target rate cuts from the RBA or are instead forced to raise mortgage rates out of the cycle.

As the primary transmission channel for monetary easing is now the exchange rate, sticky mortgage rates would potentially lower the threshold for further monetary easing. The outcome of the election, therefore, suggests that the market is underpricing further RBA easing. A subsequent repricing of the RBA rate path should have a notable FX impact as policy expectations have taken center stage as the main driver of AUDUSD recently.

Looking outside of the domestic picture and to Australia’s largest trading partner, the systematic devaluation of RMB over recent weeks hasn’t raised any red flags yet as aside from attentions being focused firmly on political developments in Europe, the move appears controlled and consistent with low-level capital outflows. However, the latest reserve data for the month of June, released tomorrow, could alter this view. The more important consequence of this devaluation, however, is the likelihood of renewed pressure on the commodity complex as a weakened RMB lowers the breakeven level for Chinese high-cost producers and consequently delays supply-side adjustments. In light of this, we could see iron prices moving into the bottom end of the $40 range over H2 as the market searches for equilibrium. A move of this side would translate into a roughly 3% downside move in AUDUSD.

Looking to recent COT positioning then we can see that institutions have only recently turned net-short again, and there is still plenty of scope for position building to the downside.

At its latest rate-setting meeting this week the RBA opted to keep the cash rate unchanged at 1.75% though there was an important shift in the tone of the statement from Governor Stevens, which suggested the likelihood for another rate cut in the current cycle.

The statement noted the “lower than average pace” at which the global economy is growing and referenced also the difficult conditions experienced by emerging market economies and specifically the moderated growth seen in China.

References to the Brexit issue were sparse though the statement did note that “effects of the referendum outcome on global economic activity remain to be seen and, outside the effects on the UK economy itself, may be hard to discern”.

Looking at domestic data, the statement noted that “overall growth is continuing, despite a very large decline in business investment” with domestic demand and exports both in good health and labour market indicators, whilst mixed of late, still “consistent with a modest pace of expansion in employment in the near term”.

Inflation was noted as being “quite low” and expected to remain so for some time as a consequence of “very subdued growth in labour costs and very low-cost pressures elsewhere in the world”.

Finally, Governor Stevens concluded the statement by saying that “further information should allow the board to refine its assessment of the outlook for growth and inflation, and to make any adjustment to the stance of policy that may be appropriate.” This was interpreted by markets as a signal that the RBA are awaiting 2Q inflation data before making any further adjustments to the cash rate. The next quarterly inflation report is due on July 27th, just days ahead of the RBA’s August meeting on August 2nd.

Market response was fairly muted with AUDUSD initially strengthening on news that the RBA left rates unchanged, but subsequently weakenings traders reacted to the details of the statement and perceived signals of further easing.

Whilst the medium-term outlook is bearish, AUDUSD flows are expected to remain sticky in the near term as despite signs of further easing to come from the RBA, AUD remains buoyant supported in part by a weakened USD in the light of reduced US rate-hike expectations and secondly by a recovery in risk appetite as markets trade higher amidst growing expectations of further global easing.

June FOMC Meeting Minutes will be delivered this evening though statement has likely lost some relevance in the wake of a Brexit. Traders will be keen to see just how concerned the Fed were regarding the possibility of such an outcome and how that affects the projected 2016 rate path. Language is expected to convey caution with the meeting having come ahead of the UK vote and just after the weak 38k May NFPs.

Finally, attention turns to the US June Employment Reports due on Friday with analysts forecasting a 166k print.  In light of the Brexit moves and the subsequent scaling back of US rate-hike expectations, it is likely that response to this report will be muted. A reading higher than the consensus figure alongside a further acceleration in wage growth data should provide USD support whilst an another weak reading will no doubt keep USD offered.

‘Best Customer Support’ 2016: How Orbex Can Help You