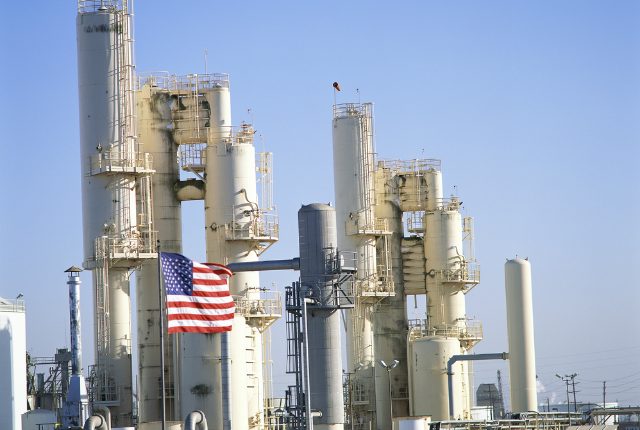 Brent Oil futures are back trading at $50, the highest level this year on supply drop. In the UK, the first quarter GDP remained unchanged at 0.40%. US durable goods orders rise sharply in April, indicating that the US economy could be back on track

Oil prices surged on late Wednesday/Thursday after the weekly inventory data showed a wider than expected drawdown. For the week ending May 13, US commercial stockpiles of crude oil fell 4.22 million, more than expected 2 million drawdowns. Brent Oil futures for July briefly traded above the $50 a barrel handle. Increasing demand for oil amid supply disruptions in the Middle East are being seen as some of the reasons for driving oil prices higher. However, among the Oil companies, the higher oil price is not yet encouraging. Anglo-Dutch oil giant, Royal Dutch Shell announced that it plans to cut 2,200 jobs bringing the total layoffs for 205 – 2016 to 12,500.

Vice president of Shell, Paul Goodfellow said “These are tough times for our industry. We have to take further difficult decisions to ensure Shell remains competitive through the current, prolonged downturn.” Shell’s income fell 58% in the first quarter alone. In the US, the oil industry slashed 23,000 jobs in the first three months of the year with layoffs coming from companies including Chevron, BP and Anadarko Petroleum Corp.

Norway’s petroleum and energy minister, Tord Lien told Bloomberg in a TV interview that he doesn’t count on ever seeing oil prices rise to $100, saying “It’s better to plan for $60 and let the people who want to hope for $100, hope for $100.”

The Office for National Statistics released the second estimates for the first quarter GDP growth today, which remained unchanged at 0.40% on a quarterly basis. This was down from 0.60% growth seen in the previous quarter. On a yearly basis, UK’s GDP was revised down to 2.0% from 2.10% previously. Investment remained weak, falling 0.40% on a yearly basis while construction output fell 1%, revised from 0.90% previously. However, services sector outperformed, rising 0.60% in the reported quarter.

Ms. Lee Hopley, Chief Economist at EEF, said: “The data confirms a softer start to the year as households continue in the driving seat with their foot on the gas.”

The decline in business investment showed that businesses remained cautious on the economic prospects, scaling back investment activity, which is attributed to the uncertainty due to the EU membership referendum due in June.

The data pointed to evidence that the US economy stabilized in the second quarter. The US first quarter GDP is up for revision tomorrow, and economists expect that Q1 GDP growth in the US improved 0.90%, from 0.50% previous estimates

Analysts at ING advise buying USDCHF on the basis that the Greek debt deal would ease demand for the safe haven CHF. Yesterday, the Eurogroup ministers approved a bailout deal worth 10.3 billion euros for Greece to meet its debt obligations after a review of the bailout terms. Greece passed harsh austerity measures on Sunday including social benefit cuts and raising taxes. ING says “the Greek debt deal should take some of the safe haven demand out of CHF and on expectations that the USD will continue to benefit from the possibility of a near-term US rate hike.” Analysts note that “If we are right with the dollar strength over coming weeks, USDCHF should be a good vehicle to express this view.”

* Institutional Call of the day is not a recommendation or an endorsement by Orbex.com to buy or sell

US Dollar at risk ahead of GDP and Yellen’s speech