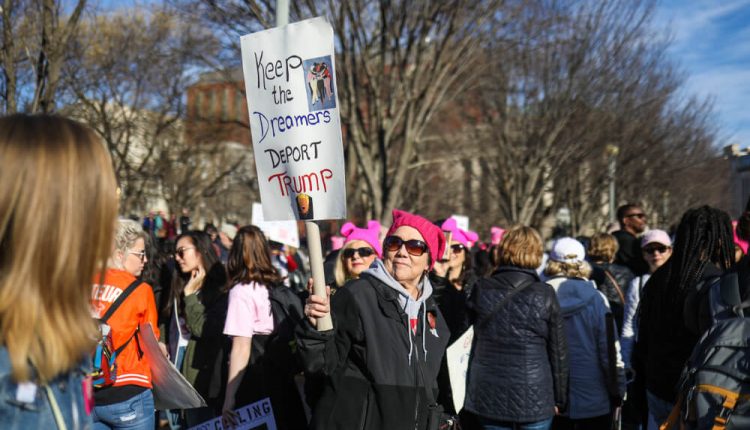 Following a tense three days of deadlocked negotiations, the market was relieved today to hear that President Trump has now signed a spending bill, agreed upon by both the democrats and republicans. Bringing to an end the three-day government shutdown that had been running since last Friday.

With the government having failed to agree a spending bill by the deadline of Friday last week, all “non-essential” government services became suspended. Services such as the work of the Department of Homeland Security and FBI operations remain active however. While a government shutdown is effective, around 40% of the government is suspended without pay.

Federal funding will now be reinstated up to February 8th, after a key deal was secured between Senate Minority Leader Chick Schumer and Senate Majority Leader Mitch McConnell over the issue of immigration.

There had been a great deal of conflict over whether the spending bill should include protections for around 700,000 young immigrants, with the Democrats insisting on such protections. These 700,000 immigrants, known as Dreamers, were brought to the US undocumented. The Dreamers were given temporary legal status under Obama’s presidency but came under threat of deportation following Trump’s election.

Progress was made however, and concessions were granted with the President not required to sign off before an immigration bill moves to the floor. Republicans remained resolute that no deal on immigration was possible while the government shutdown was in effect, which was a view the Democrats eventually came to accept.

Democrats Criticised For Caving In

While the spending bill was ultimately agreed upon by both sides, many Democrats remain sceptical and have criticised their leaders for caving in. Senate Democratic leader Schumer also criticised president Trump saying “the great deal-making president sat on the side-lines”.

The bill was eventually passed by a 266 – 159 vote, registering 36 more positive votes than were seen when the four-week resolution was passed last week. Republicans are of course overjoyed that they were able to bring the government shutdown to a swift end, avoiding the sort of lengthy shut-down that was seen in 2013, when it ran for 16 days.

Prolonged shutdowns can have serious effects on economic activity and the sense of relief in the market today was visible, with equities surging to fresh highs and the US Dollar rebounding on the day. Treasuries were largely unchanged following an earlier sell-off, as the yield on the 10YT moved back towards the mid 2014 highs.

The technical picture for the US Dollar remains weak. Looking at this longer term weekly chart you can see that the USD Index recently broke down below the key trend line support, which runs along the 2015, 2016, 2017 lows. The USD Index broke down through the rising trend line from the 2014 lows. Selling pressure remains heavy and the market looks to be on the verge of another leg down. The next key structural support will be a test of the broken 2010 high around 88.72 with the 61.8% Fib retracement from 2014 lows coming in just below. If price can recover from current levels, the next key resistance will be a retest of the broken bullish trend line.

With the market clearly relieved over the resolution of this issue, focus now shifts to the upcoming ECB meeting which will be the key event for the remainder of the week. The ECB is widely expected to keep policy unchanged with a broadly balanced statement, but traders will be keen to scrutinise the statement for any clues as to whether the ECB will be removing accommodative monetary policy at a quicker rate than currently expected.