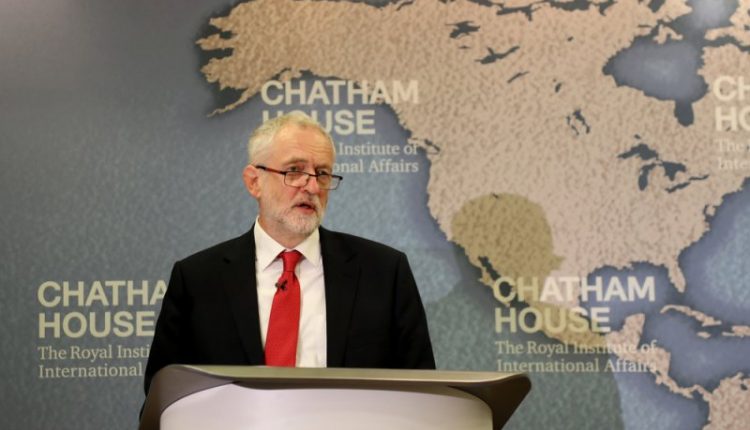 Nearly a year on from the UK’s Brexit referendum, markets are once again bracing ahead of a key UK vote. On Thursday, the British Public will take to the polls to elect its Prime Minister, and the decision could have dramatic consequences for the British Pound. Below we map out four potential scenarios which could play out.

The most likely outcome is that the Conservative party is returned to government, though with a diminished majority. Polling results over the last two months have consistently reflected a narrowing of the Conservative party’s lead over Labour, with some recent polls even putting Labour ahead.

Sterling initially rallied in response to PM May’s announcement of a snap election, reflecting the market’s interpretation that the decision was a show of strength by May. Investors anticipated that the Conservatives would win the election easily, with a strong majority, strengthening the Conservative government and bolstering May’s bargaining power for the upcoming Brexit talks.  Conservative Party victories have tended to fuel Sterling strength historically, and given the uncertainty surrounding Brexit, continuity at this stage would be seen as beneficial for the economy and the UK currency.

As polling results have shown the Conservative party’s lead narrowing over the course of the campaign, Sterling has weakened, reflecting growing uncertainty regarding the prospect of a diluted Conservative majority which would reduce May’s chances of passing her proposed policies, such as lower corporate taxes.

If the Conservative party wins power with a strong majority, which is not the expected scenario, then GBP strength in reaction to the result should be more pronounced.  A strong majority increases the likelihood of May being able to pass her business- friendly policies which should bolster business investment, and the presence of a strong, united government will be encouraging for overseas investors looking at UK assets.

The risk of a hung Parliament (where no party gains an overall majority) has risen greatly, as reflected by the sharp swings in polling results. If no party is able to gain a majority, GBP is likely to be sold as investor uncertainty will be increased. The lack of unity in the government will make investors wary of UK assets as the future business conditions will be unclear, especially given the upcoming Brexit negotiations.

In this scenario, GBPUSD is likely to break below the local 1.2780s low, with a retest of the broken bearish channel (shown in yellow) likely to follow quite quickly. The movement of price over the last four months can be seen as forming a rising wedge which suggests the potential for a bearish reversal.

The final scenario then is a surprise victory for Labour. The Conservative party’s lead over their opposition, which polled at an average of 23% after the announcement of the election, has now fallen to around 7% on average. This shift in sentiment has never been experienced before, during a UK election campaign, and would typically take years to play out.

The amount of momentum behind the Corbyn campaign suggests that the prospect of a Labour victory is very real. As we saw during the Brexit referendum and the US elections, the emotional element attached to these type of key political events, can lead to unexpected outcomes.

Given the level of market positioning (with GBP short positions having been nearly entirely unwound) and the market’s broad expectation of a Conservative victory, a Labour victory would likely see a sharp sell-off in the Pound.

In this scenario, a break back inside the bearish channel is likely and structural support at previous swing lows will be eyed as downside targets.

GBPUSD fell 13% in response to the Brexit referendum and while the reaction this time around would likely be less severe, an eventual test of the 1.1980s low over the week’s following the election cannot be ruled out.