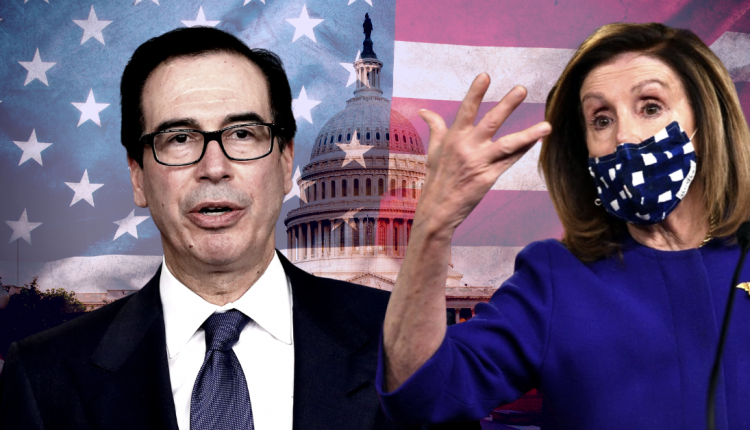 The US dollar index slipped to its lowest point since September, closing 0.40% lower yesterday.

Renewed expectations and uncertainty for additional US fiscal stimulus and a coronavirus vaccine before the year-end weighed heavily on the greenback.

The focus remains on today’s deadline set out by house speaker Pelosi. She remains hopeful, even though she was less than impressed by the White house’s recent $1.8 trillion proposal.

Senate Republicans, however, are raising concerns about the direction of the talks as it could potentially divide the party.

On a positive note, US housing data was upbeat which showed underlying strength in the economy.

The euro ended 0.45% higher as the weakened US dollar, once again, boosted the EURUSD pair.

This comes despite ECB President Lagarde stating that the coronavirus resurgence is a ‘clear risk’ to the economic outlook.

Most scientists in the eurozone expected a resurgence closer to the winter months and have not been prepared for the early arrival.

The ECB’s Governing Council is set to decide on its monetary policy next week, with no changes expected until at least December.

The pound closed indecisively yesterday with all eyes on Brexit developments. The divorce from the EU remains the main GBP mover, as the European Commission released a statement showing their willingness to intensify trade talks with the UK.

UK Prime Minister Johnson has stated that there is no point in resuming talks unless Brussels adopts a fundamental change of approach.

Indices Looking to Bounce Back

US indices recorded their sixth consecutive daily slump as the sell-off continued on Tuesday.

In addition, with today marking the deadline for a fiscal stimulus package, market sentiment remains volatile.

The question remains if US equities can keep the faith that the White House and Democrats can agree to a fresh round of fiscal stimulus by the weekend.

With political uncertainty heightening and the rising global COVID-19 infection rates, the yellow metal looks to maintain its position above $1900.

The safe haven will also be buoyed with risk appetite shifting as a Biden win next month will turn his tax plan into a reality.

WTI moved back above $41 on Tuesday capping a seven-week high.

This came despite yesterday’s API data showing an inventory rise for last week. The price did drop during the release of the news, however, managed to end the session on a positive note.

We now look towards the EIA report later today for further indications of support.